The move, which Deutsche Bank said could be a "powerful political and economic tool," has alarmed some countries. 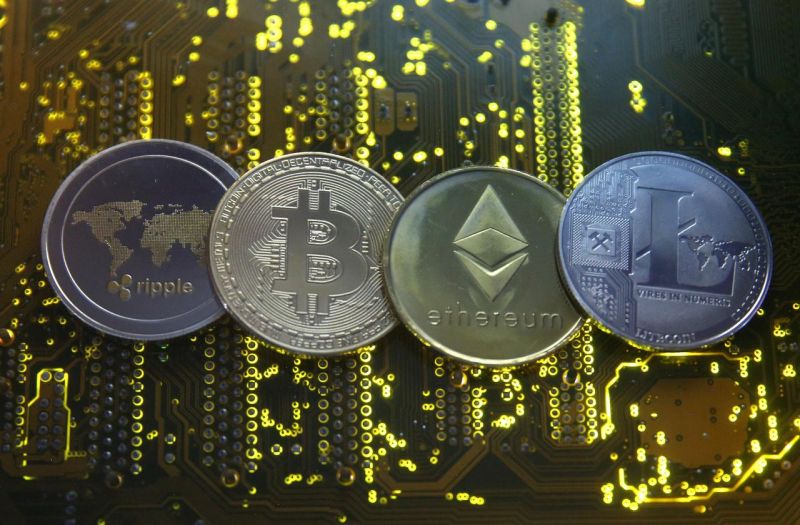 China's initiative to implement a central digital currency has sent some countries scrambling for countermeasures. Although little is known about the digital yuan, the plan was marked by some as one that would bring radical changes and even as threatening.

In late January, Deutsche Bank published a report where it claimed that a new digital currency could become mainstream over the next two years. In China, where mobile wallets like WeChat Pay and Alipay have long been the norm for a vast majority of the population, the shift to a central bank-controlled digital currency just may occur the soonest.

In fact, in China, the move could happen by the end of this year, Deutsche Bank wrote. Beijing has so far led a number of initiatives fueling digitization and innovation that listed blockchain as a technology of focus. And while digital currency exchanges and coin offerings were banned in the country, mining farms and mining hardware manufacturing in China proliferated. Today, China is the global leader in cryptocurrency mining, thanks to its cheap electricity and suitable climate.

The plan to launch a People's Bank of China (PBoC) digital currency was finalized in October 2019. Soon after – in November, China's National Development and Reform Commission (NDRC), operating under the State Council, revised its Industrial Structure Adjustment Guidance Catalog, removing language that stated digital currency mining should be eliminated, as reported by Bitcoin.com.

Deutsche Bank wrote in its analysis, titled Part III: Digital Currencies: The Ultimate Hard Power Tool: "A government-issued digital currency could be a powerful political and economic tool for China."

The authors of the report also said that cash will survive, while the days of the plastic card will come to an end. "Many customers," the report claimed, "are transitioning directly from cash to mobile payments without ever owning a plastic card."

Deutsche Bank likened the growth of mobile payment users to the soaring numbers of internet users. It said, "If the growth in blockchain wallet users continues to mirror that of internet users, then by the end of the decade, they will number 200 million, quadruple the current level."

Further, it stated, "If companies doing business in China are forced to adopt a digital yuan, it will certainly erode the dollar's primacy in the global financial market."

And now, Japan rolled out plans to counter the digital yuan with a digital yen and will this week propose to launch joint research projects on virtual currency with members of G7 including the United States, as Reuters reported Friday.

Reuters cited Japan's Liberal Democratic Party (LDP) heavyweight and former economy minister, Akira Amari, telling a group of ruling party lawmakers on Friday, "We live in a stable world led by dollar settlement. How should we respond if such a foundation collapses and if (China's move) gives rise to a struggle for currency supremacy?"

Reuters also said, however, that it is unlikely that Japan will realize its digital yen anytime soon.

Other countries have also begun to accelerate efforts in creating their own central digital currencies. Deutsche Bank also listed Facebook's Libra as another contender in the race to a mainstream virtual currency.

CW columnist Steve Kanaval wrote in a September commentary that Libra was the one to spur Beijing on the creation of a state-controlled cryptocurrency.