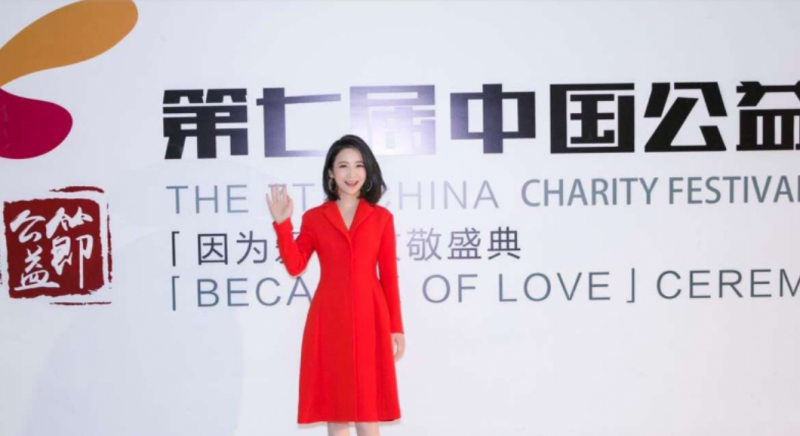 At the threshold of the Gengzi Year, Year of the Rat, an unexpected epidemic disrupted the joy of the Chinese people celebrating the Chinese New Year. As of Feb. 19, there were 44,312 cases of the novel coronavirus in Wuhan, and 74,281 diagnosed cases in mainland China.

"I'm willing to stand in front of you to shield against the epidemic!"

Facing the raging virus, thousands of medical workers from all parts of China left for Wuhan to give assistance. They are heroes in harm's way.

Among the 23 designated hospitals in Wuhan, Wuhan Children's Hospital, which specializes in the treatment of children with the novel coronavirus pneumonia, is a very special existence. The patients here are newborns and mothers, who are more vulnerable to infections. The epidemic control here is tremendously difficult.

Up to Feb. 8, a total of 19 children received treatment at the hospital, the oldest of whom was 12 years old and the youngest was less than two months. In order to rescue the young lives, more than 20 medical staff worked on the front line, offering 24-hour attendance. But the consumption of protective equipment was so high that the shortage of medical supplies has become a major problem for hospitals.

"How many masks are left?"

"We try not to eat or use the toilet, and try to use only one protective suit every day..."

In addition to the risk and pressure of direct interpersonal infection, medical staff worries about the shortage of professional protective suits. 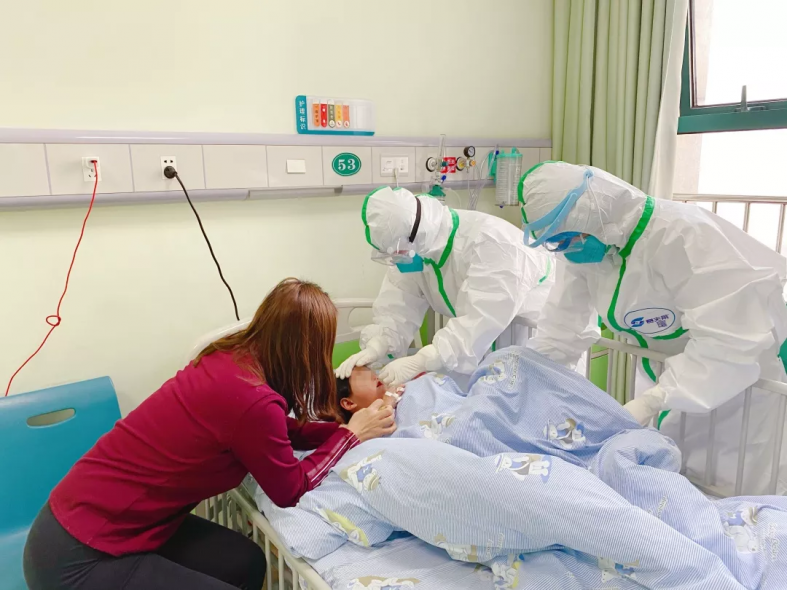 At 4 p.m. on Feb. 18, a charity package carrying the donation from 14 Singapore primary schools was sent to children in Wuhan Children's Hospital who were struggling for life in the fight against the epidemic. The donation was organized by iAsk, a multimedia business network, profiling the world's most influential founders and investors.

Chinese children and everyone around the world is impacted by the epidemic.

In this battle between China and the novel coronavirus pneumonia, the Singapore government, enterprises, and its people have extended a generous helping hand to China.

Inspired by the donation made by the government, which is the largest ever to China, Singaporeans have also actively raised funds.

Singapore companies are the most responsive to the call.

Terence and Nelson Loh, the co-founders of the Singapore-based company Novena Global Lifecare, have worked with subsidiaries to mobilize supplies from their own inventories, and have purchased from hospitals and clinics in Singapore, Southeast Asia, and other regions. The donation to China included 1 million pieces of medical supplies, including a large number of medical masks, protective suits, masks, gloves, and other protective gears, as well as an array of thermometers and disinfectants, all of which are urgently needed in the fight against the novel coronavirus epidemic.

It is reported that Novena Global Lifecare is the first medical institution out of China to make the donation, responding to the outbreak of the novel coronavirus epidemic.

Not only adults, but children also extended their help and gave their love.

14 elementary and middle school students from Singapore American School and Singapore Dulwich College also donated medical supplies to Wuhan through iAsk, doing their best to contribute to the fight against the epidemic in China.

The 12-year old Yiran saw the news about Wuhan, and took the initiative to ask his mother: "I want to take out all my pocket money, contact my classmates and friends to donate supplies to Wuhan."

"Giving away all your pocket money for the New Year, will you feel lost?"

"Not at all. I am very happy to help the doctors in Wuhan." replied, the 8-year-old Wen Xin, who is in the second grade.

"In the Singapore American School, students are from different races, countries, and cultural backgrounds. After the outbreak in Wuhan, I was very worried at the beginning. There might be bias and racial discrimination against Chinese students. It turned out the opposite of what I thought. Many foreigner friends in the school came to me and asked how to donate masks to Wuhan." remarked, Yali, who is in her second year of high school. She appreciated the objective judgment and genial help from the school.

Very soon, the students donated 110,000 yuan, and their parents used the fund to find suppliers that met the specifications.

"I have contacted many mask manufacturers outside of Singapore. It is particularly difficult to make an order. Later, a friend from Singapore connected me to a company that makes quarantine suits. I contacted and secured the source. In the end, I was connected to the Wuhan Children's Hospital via iAsk." Ms. Ji, a parental representative said.

"In the beginning, we contacted the manufacturer and purchased about 1,000 isolation suits and some disinfectant. We were connected to the Wuhan Children's Hospital. Prior to mess donation, we asked the manufacturer to send samples to the hospital to confirm whether the products met medical standards. It took a few days before we ordered the second batch of supplies, and sent to the Wuhan Puren Hospital by the channel of iAsk," said parent Ms. Zhao.

"I hope that we can overcome the epidemic in Wuhan, and medical staff reunites with their family soon!" said Yiran, who worked as a volunteer and organized the donation among classmates. She missed Wuhan's hot noodles and would like to taste again.

The reporter also interviewed Gloria Ai, the founder of iAsk, who organized the campaign of donation to Wuhan by Singapore primary school students. She affirmed: "We have witnessed the compassion and moving deeds from the Singapore people to China in the fight against the epidemic, through our interviews and lenses. We will continue to connect the caring people in Singapore with Chinese hospitals, hoping China beat the virus and restore production and life very soon."

Gloria Ai has been actively involved in charity for a long time and has been awarded the China Public Service Ambassador for consecutive years. Under the epidemic crisis, she also actively participated as a volunteer. In a very limited time, she rendered iAsk into a super docking platform for the circulation of anti-epidemic supplies from donations. 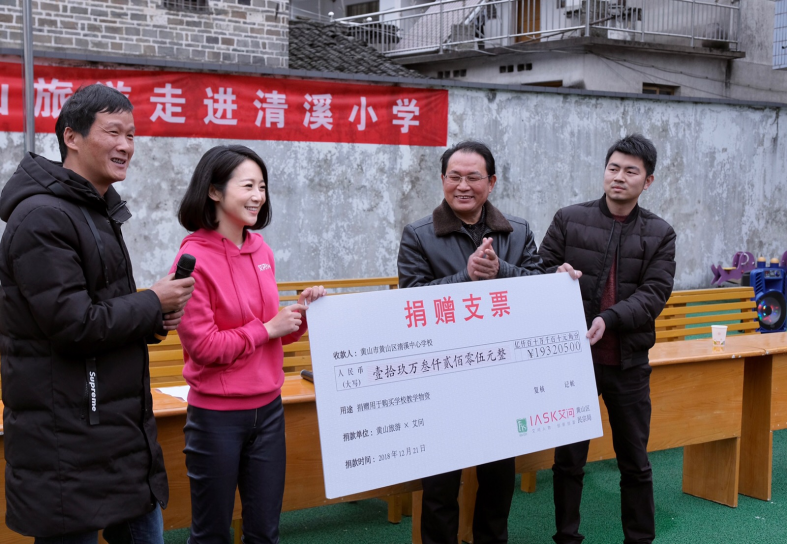 As the whole nation worked together to fight the epidemic, Gloria Ai immediately launched the charity program of iAsk Leaders: Who are Fighting the Epidemic. With donations and reports, iAsk conquered hardships and practiced the due social responsibility, which contributed to the fight against the epidemic.

According to Gloria Ai, the current series of charitable activities have achieved remarkable results. Since the outbreak, she has contacted nearly one hundred first-line hospitals in China, and has collected a long list of hospitals in supplies shortage. Meanwhile, at the heart of the Global Founders Office, Gloria Ai has also been intently coordinating manufactures of medical supplies around the world and cooperated with them to make targeted donations. By far, she has successfully organized donations of medical masks, ventilators, test kits, and other scarce supplies in multiple batches to anti-epidemic hospitals on the front line.

Gloria Ai conveyed her hope to pay tribute to the founders who have been supporting this battle by innovation and entrepreneurship." In the current, we are not helpless and weak. All innovations come from you and me, with a common mission. We should be serious about this epidemic with positive attitudes, so that more influential people can join in and make contributions. My vision for iAsk is to continue with innovative communication services and join forces to explore the cooperate responsibilities and innovations during the special period! "

As of press time, iAsk has assisted in loading another four batches of supplies donated by the above 14 primary and secondary school students, on planes urgently to Wuhan. The donation included 1,455 pieces of medical protective equipment. 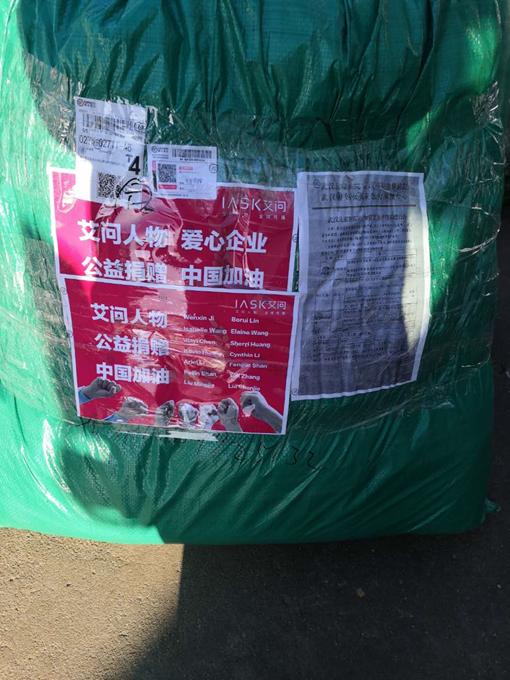 These protective suits bearing the signatures and love of Singapore primary school students not only represent the spirit of internationalism of help from all sides for the troubled ones, but also link the beautiful friendship between the young generations of Singapore and Wuhan.

In this regard, Lui Tuck Yew, Singapore's Ambassador to China praised the friendship between the Singapore and China peoples in fighting the epidemic and remarked that 2020 was an important year for Singapore-China relations. The two countries will celebrate the 30th anniversary of the establishment of diplomatic relations. When the epidemic is over, the two countries will host a range of celebration events.

YOU MAY LIKE
Prev：COMMENTARY: Is China in Danger of Permanent Damage to Supply Chains? Next：How to Recover Losses From the Epidemic | iAsk Observe