"Zero Revenues" Coming Soon to a Failing Theater Near You

A sneak peek at some struggling cinema stocks 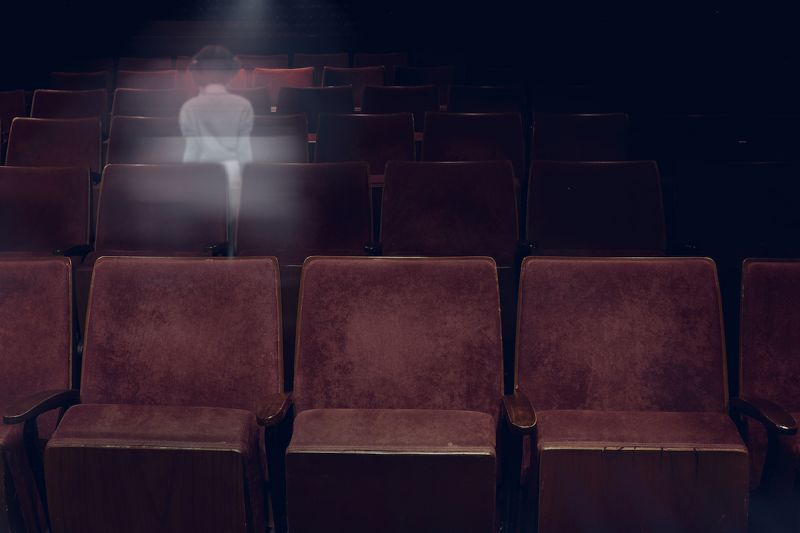 Before the coronavirus, many movie-goers preferred streaming at home for $11 a month rather than shelling out up to $17 a ticket to see a movie in a theater, one of the reasons that so many movies released theatrically in the last decade or more have been heavy on special effects, and not so much on storytelling—with exceptions of course (thanks Tarantino). But now, with everyone home sheltering-in-place, there isn't even an option to go to a movie theater. Movie theaters have for months now, closed the curtain on operations. Movie chains and the movie industry has been writ large one of the hardest-hit sectors on account of the pandemic.

Here is a sneak peek at some struggling movie chains:

The Armageddon Movie Chain or AMC

It's fair to say the world's largest theater chain, AMC Entertainment Holdings Inc. (NYSE: AMC) could be in the biggest trouble amid the financial crisis. The Kansas-based company, minority-owned by Chinese conglomerate Wanda Group, has hired lawyers that specialize in debt restricting. Reportedly $4.9 billion in debt, resulting from a purchase of Carmike Cinemas and other competitors, AMC could be on the brink of bankruptcy. Last week, S&P Global cut AMC's credit rating to CCC- from a B, which means the company is in serious trouble and unlikely to recover.

"We do not believe AMC has sufficient sources of liquidity to cover its expected negative cash flows past mid-summer, and we believe the company will likely breach its 6x net senior secured leverage covenant when tested on Sept. 30, 2020, absent a waiver from its lenders," S&P analysts wrote in a note.

While AMC's chief executive officer, Adam Aron is optimistic the company's approximately 660 U.S theaters will reopen in mid-June, S&P added that they expect them to remain closed beyond that.

With that said, AMC certainly isn't a buy even at penny stock trading, but investors who still hold stock might as well wait it out. It is reportedly believed that the only way AMC could survive is if they file for Chapter 11 bankruptcy. As of midday Monday, shares of AMC were down more than 70% YTD.

Cinemark and IMAX Could be Solid Buys

One of AMC's rivals Cinemark Holdings Inc. (NYSE: CNK) isn't in nearly as much trouble. Though CNK has watched its shares fall more than 66%, CNK saw a big jump last Monday after Eric Wold, an analyst at the investment bank B. Riley FBR upgraded the Texas-based company to a buy.

"We came away from our recent hosted group investor call increasingly confident in management's ability to control cash flow and get through this shutdown period without any adverse liquidity events–and be in a position of strength on the other side," Wold wrote in a note to clients.

The news sent CNK skyrocketing 21% to $11.23 per share as of midday Tuesday. It then finished the week rising further to $12.50 per share. While you shouldn't jump on the stock necessarily, CNK shows some promise, but risky. If you buy now, be prepared to wait a few months or longer, as the company won't generate any revenues until that time. Waiting to reopen its 345 theaters across the U.S., CNK has been exploring liquidity options, as Bloomberg reported earlier this month.

The U.S. listed company most likely to survive a zero revenue cinema environment is the Canadian-based IMAX Corp. (NYSE: IMAX) Perhaps soon, IMAX could start earning some revenue, as around 40% of its theaters are located in China. In fact, cinema operators were given the okay for more than 600 theaters to reopen last month but were then halted by Beijing's Film Bureau to go back into shutdown. According to The Hollywood Reporter, insiders believe that the Chinese government is concerned about a potential second wave of coronavirus cases.

"This second closure will not be a one- or two-week issue," an anonymous executive at a major theater exhibition told the industry publication.

The unnamed person added, "They are going to be even more cautious when they attempt to reopen again — and this will set us back a long time."

Eric Handler, an analyst at MKM Partners ranked both stocks in IMAX and CNK as buys in March. Most notably, Handler praised IMAX's financial flexibility and thinks the company can go more than a year and one half without revenues and without the need to take "dramatic efforts" to secure new capital.

"Any concerns about a liquidity problem for the company [IMAX] are severely overstated," Handler said in a note last month.

For investors, IMAX could be a very intriguing buy, but like with CNK be prepared to wait before seeing its stock soar. At this point, it's not known for sure when theaters will reopen in China and the U.S. While IMAX surged 15% last week, shares of the company are down nearly 50% YTD.

Also being impacted by the theater shut down in the U.S. is National CineMedia, Inc. (Nasdaq: NCMI) The Colorado-based company, which displays ads to U.S. consumers in theaters, has watched it shares tank more than 60% in the last month or so.

For the year ending Dec. 26, NCMI generated $444.8 million of revenues, up 1% year-over-year on a net income of $36.1 million.  Before the U.S. outbreak of COVID-19, the company said in February that it expected to generate revenues in 2020 in the range of $450.0 million to $465.0 million, representing a year-over-year increase in between 1% and 5%. It was also expecting to bring in $19 to $20 million in integration and other "encumbered theater payments" from AMC, which is connected to its Carmike Theaters purchase. These numbers, however, have been significantly sidelined by COVID-19, a plot twist investors and analysts didn't see coming.

While there are uncertainties with NCMI, which claims it's the largest cinema advertising network in the U.S., during the last month four analysts gave the company a buy rating. The stock is currently attractive at its $2.50 to $3.00 per share trading price.

The Chinese film operating giant, Wanda Film Holding Co., Ltd. (SZ: 002739) has also seen an impact with theaters closed. Since the middle of January, shares in Wanda are down 33% as of Monday's close.

The Beijing-headquartered company said in March it was planning to issue bonds of no more than 2 billion yuan to help support its financial needs. That funds would cover operation costs, debt repayments, liquidity replenishments, project investment, working capital replenishment and more. As of March 2019, the company operated 516 theaters and 4,571 screens in more than 180 cities in China.

Streaming Demand Grows in the U.S.

With cinema operators suffering, streamers have seen an increase in demand, with viewership up 101% since the first week in March, according to the aggregator and search engine Reelgood. Over the past few weeks, Netflix Inc. (Nasdaq: NFLX) has led the way controlling 42% of playback, while Amazon.com Inc.'s (Nasdaq: AMZN) Prime Video and Hulu clocked in second and third with 22% and 17% respectively.

Since the middle of March, Netflix and Amazon have seen their stock prices surge by 32% and 26%, respectively as of midday Monday.

Even before the pandemic, some analysts predicted 2020 to be a disappointing year for the industry. Citing a dearth of popular franchises and super hyped movies being released as compared to 2019, which presented box office titles including the Avengers: Endgame, Toy Story 4, Star Wars: The Rise of Skywalker and more.

According to IMDb, the top anticipated films for 2020 are Godzilla vs. Kong, Mulan, and Wonder Woman 1984, all of which have yet to hit theaters. Cinema operators missed out on cashing in on Mulan, as it was set to release in March and will hope the same doesn't happen with Wonder Woman and Godzilla. Both are set for June and November releases respectively.

The good news is there's still hope for cinema operators going forward, as global revenues hit a record of $42.5 billion in 2019. While North America remained as the world's leader in terms of box office revenues, it may not be for much longer; the U.S. saw a 4% decline in 2019, while box office revenue soared 5% to $9.2 billion in China, a country that, if it continues to beat the virus and get back to business, will be heading back to the movies before anyone else.

According to a report from Research and Markets in March, China is expected to overtake North America as the largest market for box office revenue in 2020-2022. By 2025, China's box office revenues are projected to exceed $22 billion, the report said.

This isn't Doomsday Yet for Cinema Chains

Of course, revenues will likely be offset with the coronavirus, but this isn't doomsday for theaters—the industry will live to see a second act. Streamers aren't putting them out of business the way they had obliterated movie rental chains like the once-ubiquitous Blockbuster LLC. When people can go out again, they will want to go to the movies at least once in a while – even if only to catch the latest iteration of the same comic book come to life.

It will be a tough next couple of months for cinema operators and those who are shareholders in companies, but it would be wise to be patient in companies like CNK and IMAX. Investors should certainly hold if they own but think twice about buying. For now, microwave some popcorn and see how the epidemic plays out on television before taking the plunge into movie stocks.

YOU MAY LIKE
Prev：Borqs Surges 550% on Receiving $150 Million Credit Line Offer Next：U.S. Stocks Down After Gloomy Easter