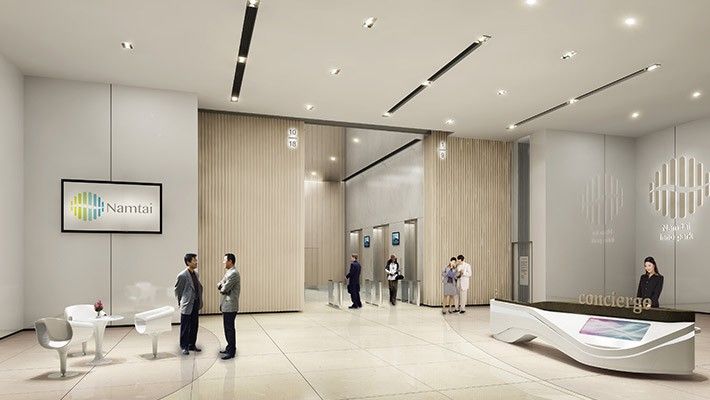 The Shenzhen-based real estate developer said in a statement today that in the three months through March that its revenue reached $699,000, up 20% year-over-year. It generated most of its revenue from the rental income of its factory buildings in the locations of Inno Valley, Wuxi, and the leased area at Nam Tai - Tang Xi Technology Park.

Net loss from operations in the quarter widened to $3.7 million compared with $3.3 million in the same period in the preceding year.

To help improve the company's performance going forward, Nam Tai won a bid for a land parcel in Machong Town, Dongguan City, depositing $16.93 million in March. It's expecting to complete the purchase of the 84,408 square meters floor area for an additional $82.58 million in the second quarter.

As of early trading Monday, the stock in Nam Tai, as it has recently, traded by appointment only. The thinly-traded Nam Tai last closed on Friday trading flat at $5.15 per American depositary share. Shares of the company are down more than 40% year-to-date.

According to Nam Tai, the Covid-19 outbreak did not have a significant effect on its liquidity and financial condition. However, it did temporarily close its Nam Tai Inno Park Industrial Showroom in February and cut March rent in half for some of its tenants.

Operating for 40 years, Nam Tai has its mainland resources located in the Guangdong -Hong Kong-Macao Greater Bay Area and Wuxi. The company is also planning to expand the commercial and residential property sectors in China.

Going forward, Nam Tai will look to avoid penny stock trading in the future and rebound from the beginning of the year. The company did not provide guidance, but with the Covid-19 not appearing to have a large impact, Nam Tai is a stock to keep an eye on.