Pupils in Beijing and Shanghai started to return to school. Is the online education boom slowing? 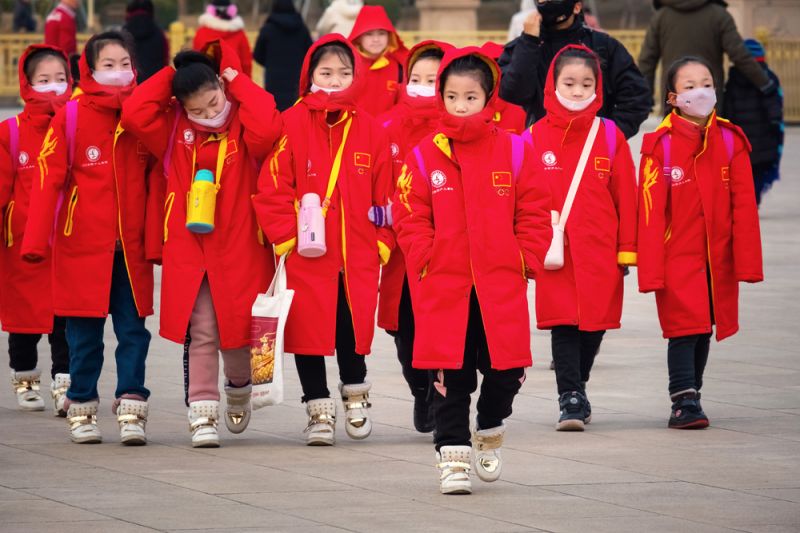 The company, one of China's largest education providers, said in a statement that its revenue reached $857.7 million in the three months through February, up 18% year-over-year. The net loss hit $98.5 million, or 45 cents per share, compared with a net income of $98.4 million, or 50 cents per share, a year ago.

TAL reported that its total student enrollments of normal priced long-term courses jumped from 3 million to approximately 4.6 million by 56.6% year-over-year.

"Our fourth fiscal quarter revenue performance was impacted by the outbreak of COVID-19 and the resulting precautionary measures with respect to our offline business," Rong Luo, the chief financial officer of TAL, said in a statement.

"The negative impact on our offline business was partially offset by the growth in student enrollments in online courses and related revenues for the quarter," Luo added.

After the peak of the coronavirus outbreak in China, schools in China's biggest cities start reopening on Monday, which may signal the beginning of a slowdown in the online education stock boom.

Nearly 50,000 highschool students in Beijing preparing for University entrance exams were allowed to attend classes on Monday as the authorities were to ease coronavirus restrictions step by step.

Shanghai, one of the four municipalities of China, welcomed back students who are in their last year of high school on Monday.

Wuhan is scheduled to reopen high schools on May 6 after the country has ended its lockdown of the city in early April after 76 days.

Students in China still need to wear masks and sit at a distance from each other, following social distancing measures. Those returning students in Beijing would have their temperatures taken on arrival at school gates and show their "green health code" to pass.

China reported a total number of 83,938 confirmed cases as of Tuesday morning, according to data from Johns Hopkins University.

Shares in TAL were trading at $51.86 per share Tuesday morning, up 1%. With schools reopening, is it time to give the online education stock winner TAL a lower grade?

YOU MAY LIKE
Prev：X Financial Down 3% on Poor Q4 Results Next：Bergman Buy Update: Abbott is Still the Testing Stock to Buy