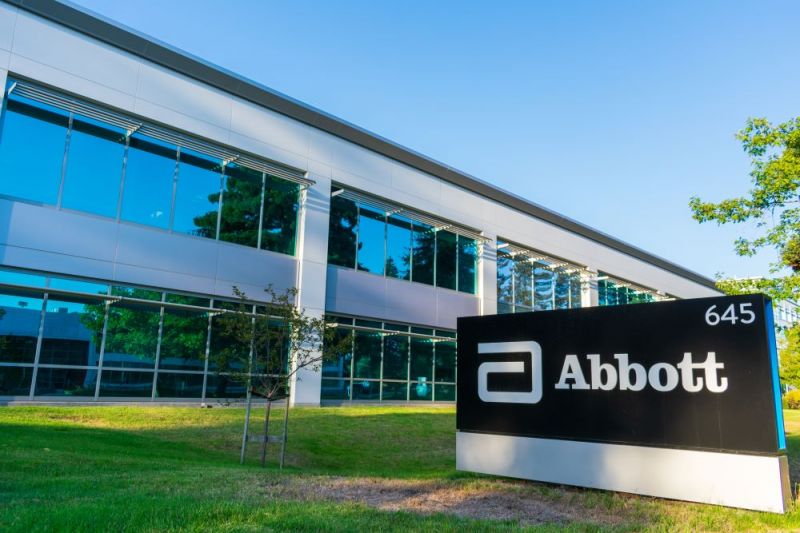 On April 3, at $72.35 per share, I put out a buy on Abbott Laboratories (NYSE: ABT) along with some other pharma giants dedicated to developing testing solutions and/or therapeutic solutions for Covid-19 like Johnson & Johnson (NYSE: JNJ) and Roche (OTC: RHHBY)--all of them are up and all of them are "holds," but let's talk about Abbot.

If you bought under $75 per share, you should have sold half at the high of $98 per share a couple of days ago. If not, sell half now and hold the rest. If you haven't bought, even at the current price of around $92 per share (it has fallen a few bucks today) I would think of picking it up under $90 per share--investors who bought early are looking to cash out on the recent pop.

Abbot now has three tests for Covid-19 it is bringing to market. These tests are imperfect, having recently shown to produce false negatives in certain conditions. False negatives are, of course, the worst outcome -- the last thing you want is people thinking they are virus-free hanging out in the soon-to-be-opened cafes. Tests, like HIV tests, are typically skewed in such a way as to deliver false positives, rather than negatives. However, despite hiccups, Abbott seems to have emerged as the best case to ramp up adequate testing for Covid-19 in America. Also, this isn't some small-cap stock with some virus-related news touted on a small-cap newsletter looking to pump up the stock, this is a big company that, even if it falls short in its testing mission, will survive even the most crippling recession.

A Bit About Abbott

Abbott generated $31.9 billion in sales in 2019 but saw a decrease in sales growth in the two previous years, down 31% and 12% growth in 2017 and 2018, respectively. Earnings grew 12.5% to $3.24 per share last year, but that slowed down from 15.2% growth in the prior year. Financials in 2020, according to analysts, could be a bit of a mixed bag, with sales around $31.22 billion, about 800k less than the previous year with a 13% drop in earnings, according to Investor's Business Daily. In the first quarter ended March 31, earnings increased more than 3% to 65 cents per share, beating the average estimate of analysts polled by Zacks Investment Research for Abbott earnings of 63 cents per share, according to IBD.

The Third Time's a Charm

Last month, the Food and Drug Administration granted Abbott its emergency use authorization for two Covid-19 tests, including the much-covered 5-minute rapid test. In April, Abbott launched a third test, one that focuses on detecting antibodies, which will enable people to know whether or not they have had the virus in the past. To open the economy, both the rapid test that tells you if you have Covid-19 right away, as well as a test that tells you if you have ever had it, will be critical for life to go back to semi-normal as well as for public health professionals to understand just how deadly the virus is. The antibody test does not require FDA approval.

Abbott has made some progress in other areas recently, gaining European approval for a new procedure enabling doctors to treat severe aortic heart valve stenosis without invasive surgery in March. Other milestones include a deal with Tandem Diabetes (Nasdaq: TNDM) in which medical companies will integrate  Tandem's insulin pumps with Abbott's Freestyle Libre glucose monitor for diabetes treatment. The company has also received FDA approval for its Infinity deep brain stimulation device focused on improving the symptoms associated with Parkinson's disease.

But as a stock guy, what really shows me that Abbott is going to not only survive but thrive in the age of Covid-19, is the fact that while other companies are suspending dividends, in February, Abbott announced a 36-cent dividend payable on May 15.

(The opinions expressed in this article do not reflect the position of CapitalWatch. Information provided is for educational purposes only, may be incomplete or out of date, and does not constitute financial, legal, or investment advice.)