Things could get worse as unemployment could spike as high as 20% in April. 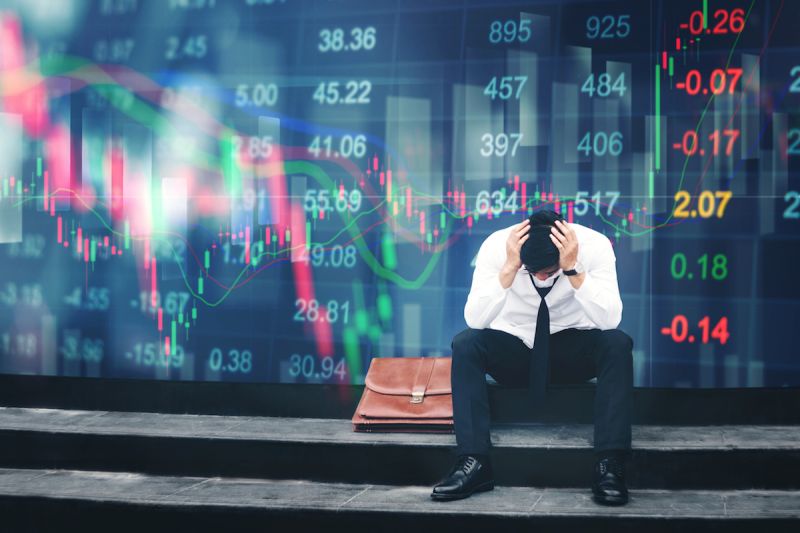 U.S. stocks fell across the board on Thursday on news of at least 30 million Americans now out of work.

The Labor Department said Thursday along with unemployment continuing to rise that an additional 3.8 million Americans filed for benefits. However, some may take that as good news, as that number has narrowed from the previous week's 4.4 million.

"The fact that "only" [3.8] million jobless claims in a week is a welcome development is mind-boggling, but here we are," Heidi Shierholz, the director of policy at the Economic Policy Institute at the Labor Department said.

However, things could, in fact, get worse as economists have projected that unemployment could spike as high as 20% in April. That would mark the highest unemployment rate since the Great Depression, when 25% of Americans found themselves without jobs in 1933, according to estimates from the US Bureau of Labor Statistics.

Today's news sent the Dow Jones 1% lower at 24,360.43 points, while the S&P 500 lost more than 23 points by midday Thursday. That comes in spite of the tech giant Microsoft Corp. (Nasdaq: MSFT) beating estimates today, reporting revenues of $35.02 billion on profits of $1.40 per share in its fiscal third quarter. The strong results beat Wall Street analyst's revenue estimates of $33.66 billion and the Street's projected profit of $1.26 per share.

The social networking giant, Facebook, Inc. (Nasdaq: FB) performed well in its first quarter, posting revenue of $17.74 billion after the markets closed on Thursday, above Wall Street's consensus of $17.53 billion. By midday Thursday, Facebook was trading 5% higher at $204.66 per share, while Microsoft rose 1% to $179.58 per share.

U.S. stocks were given a boost on Wednesday thanks to Gilead Sciences' (Nasdaq: GILD) Phase 3 trials for its Covid-19 drug reaching its primary endpoint on what was some very positive news in the fight against the virus.

But now, all American's can do is hopelessly haplessly wait, as consumer confidence, as measured by the Conference Board, has plunged to 6 year-low this month.