The trouble-ridden company is evaluating a proposal from a group of investors led by its chairman. 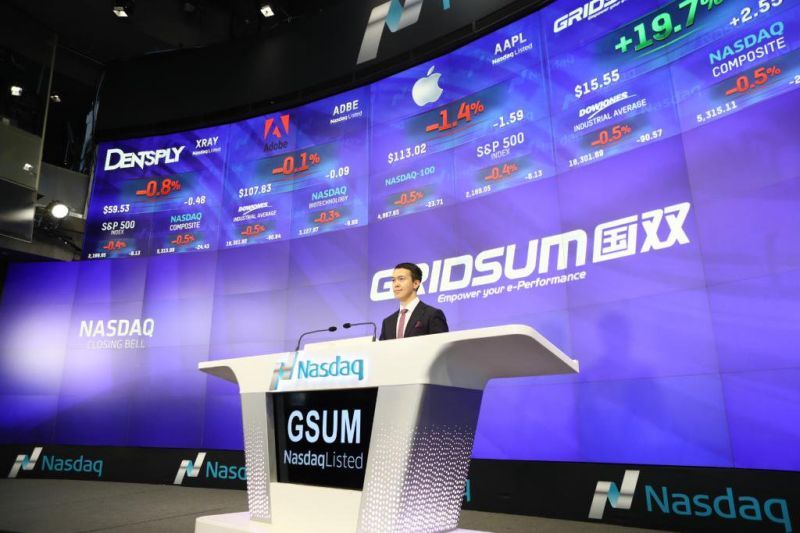 Shares in Gridsum Holding (Nasdaq: GSUM) more than doubled Friday morning, to $1.33 apiece, after the company said it is reviewing a buyout proposal from a group of investors including its chairman.

The Beijing-based company, the stock in which has been on a continuous slide from the level of $2.50 in December to as low as 24 cents per share in March, is facing delisting from the Nasdaq Stock Market.

The bid follows an earlier proposal from a consortium, headed by Qi and Yu. In July 2019, the group offered to buy GSUM shares for $3.80 per ADS – at the time, the stock in the company was trading near the level of $3.

Gridsum has retained a new financial advisor to evaluate the bid.

Gridsum provides cloud-based big-data analytics and AI solutions for multinational and domestic enterprises and government agencies in China. In September 2016, the company sold 6.7 million shares at $13, raising $87 million in its initial public offering. Since then, GSUM stock has mainly followed a downward trend.