What’s the Matter with Kansas? A Lot. Also, Tyson Warns America May Run Out of Highly-Evolved Animals to Torture. 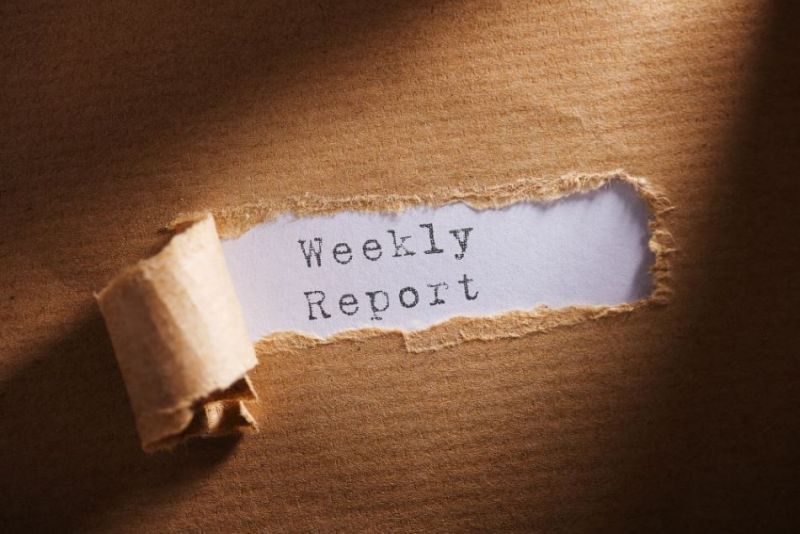 This week closes what was Wall Street's best month since 1975 after, of course, one of Wall Street's worst months since Governor Peter Stuyvesant ordered the construction of a 10-foot wooden wall to protect lower New Amsterdam from British and Native Americans.

While the market won't fall to March levels anytime soon, we are far from total recovery, far from hitting a complete reset button on the buttonwood tree. We are clearly not far, however, from forcing a bad pun—albeit for the sake of imparting interesting history.

A big story this week was Microsoft Corp. (Nasdaq: MSFT) whose earnings beat even pre-coronavirus estimates. "In the third quarter of fiscal year 2020, COVID-19 had a minimal net impact on the total company revenue," the company said in a statement. Microsoft qualified the good news with an admission that while the virus has not yet impacted its balance sheet, it might in future quarters. In other words, if all goes to hell and there is no economy to speak of even the tech giant won't be immune. The stock has risen from $137.35 at our buy and will keep rising, with a price target of over $200 per share by the end of 2020.

At Least Six Degrees of Kevin…Or Any Bacon

Tyson Foods chairman warned this week that the food chain supply is breaking—not food so much as meat and poultry. The foreboding food prediction came after Tyson shut down its large pork processing plant in Waterloo, Iowa, after multiple employees tested positive for Covid-19. As of April 27, at least 4,135 reported positive cases tied to meatpacking facilities at 75 plants in 25 states, according to the Midwest Center for Investigative Reporting. Now almost 25% of U.S. pork production and 10% of beef output has been shut down. In response, President Trump's insisted these workers go back to work. In response to that, the workers said: "We won't show up."

In related news, 30 million workers as of this week will now also stay home from work, as they are out of a job.

Meat is Torture, Not Murder

Admittedly, I am the worst kind of person on the issue of eating meat. I recognize that there is little to no justification morally to induce such suffering for calories and proteins that can be harmlessly obtained, but my ethics slip to the waist side when presented with a Wendy's Baconator—the uncommonly artful and delicious example of American fast food cuisine. Wendy's (Nasdaq: WEN) just hit over $20 per share, double since we recommended last March. It is currently not a buy; the stock is fairly priced here for now.

"It's very tough," said Larry Janssen, a Nebraskan pig farmer. "It's not just the money part, it's the mental part that goes with it, too ... to have to euthanize baby pigs."

It must be hard for Janssen and other pig farmers; farmers, it turns out, have some of the highest rates of suicide. But, considering that 80% of pigs we eat die with pneumonia and a host of other diseases due to the inhumane way they are squeezed into captivity, pork shoulder to pork shoulder, the best life a baby pig can have is a life cut short.

These highly-intelligent, highly social animals are recognized by experts to be far smarter and far more trainable than dogs or cats. On any given day in the U.S., there are more than 75 million pigs on factory farms. This is a nothing short of genocide, a true hog-locaust. Ugh, again, with the puns?

Look, even if you don't believe meat is murder, you can at least recognize that, at least as it exists in our factory farms, meat is torture. Feel me, Babe? That was the last one, I promise.

What's the Matter With Kansas? A lot.

Well, the same thing that is the matter with Georgia, apparently. Last week, Trump suggested that perhaps using light inside the body and/or injecting disinfectants might cure the coronavirus. This week, a man from Kansas was rushed to the hospital after drinking household cleaners, followed by two Georgia men who did likewise. All three of the men were eventually discharged from the hospital after being diagnosed with an extreme case of sarcasm.

Now, it turns out that Trump might have been on to something. No, spirit makers aren't selling a packaged cocktail branded "Southern Comfort" (yet, anyhow). But the whole "light in the body" idea is being taken seriously— by one company.

"Healight," as the device is called, works by dousing a patient's insides with UV light via a tube inserted into the nose and throat. The stock is $1.50 after shooting over $2 per share this week. The company is targeting Covid-19 testing, having apparently already sold 100,000 such test kits into the market, and is working to obtain 500,000 more from the test's developer, Zhejiang Orient Gene Biotech, according to Ladenburg Thalmann analyst Jeffrey Cohen. Based largely on its test kit business, Cohen sees Aytu stock potentially hitting $2.50 per share. For a risky small-cap, I like this one, though I wouldn't bet the hog farm on it.

This week, Gilead Sciences (Nasdaq: GILD) moved the whole market on good news from its latest trial for remdesivir to treat Covid-19. This followed two highly publicized and market-moving trials. First, good news came from Chicago. Then, a week later, bad news came from a remdesivir trial in China whose results and premature stoppage garnered controversy. This week, an announcement that results from a Phase 3 trial at The National Institutes of Health, showed real promise.

I don't want to get too into the science for two reasons: One, I do not have an adequate scientific background; and two, chances are neither do you. But the main takeaway is twofold: One, the study was so successful that researchers stopped it because it was unethical to keep giving some patients a placebo, while others got the real drug; and two, Dr. Anthony Fauci actually compared this drug to AZT, the first game-changing AIDS drug in the 1980s.

"This will be the standard of care," Fauci said, referring to remdesivir. This, as an investor, is all you need to know.

To play it safe, diversify your Covid-19 equities portfolio with more Clorox (NYSE: CLR) stock which is now back up to over $193 per share. Between ill-advised cocktails and adamantly advised household cleaning, this Covid-19 stock continues to have something for everyone— both inside and outside Kansas state lines.

YOU MAY LIKE
Prev：Tarena Sees Losses as Online Education Rivalry Heats Up Next：Fed Stays Steady While BoJ Expands the Stimulus. What About Gold?