Much to Our Delight, Oil Keeps Rising

Crude oil is taking a breather today, but this pause won't be the end of the rally. Three reasons why: 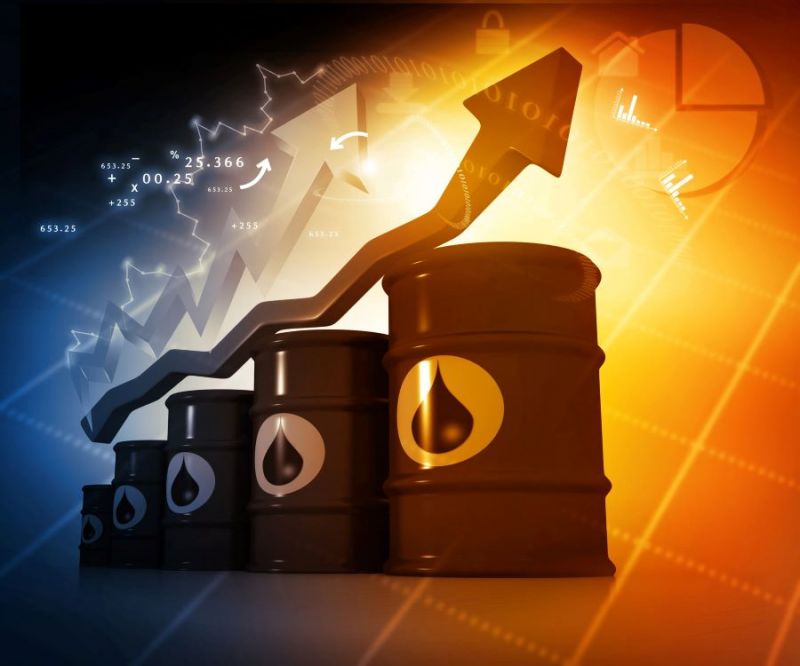 In yesterday's Oil Trading Alert, we opened a long position based on crude oil's exceptional strength, and this position is already over $2 profitable. Crude oil is taking a breather today, but it doesn't seem that this pause is the end of the rally. These are the three reasons why:

1.      Crude oil has just broken above the declining resistance line and it managed to do so despite quite a few bearish factors. It even broke higher with a bullish price gap, underscoring the strength of the bulls

2.      Crude oil has already consolidated a bit, even though it's not visible on the daily chart.

The first and third reasons are clearly visible on crude oil's daily chart below: 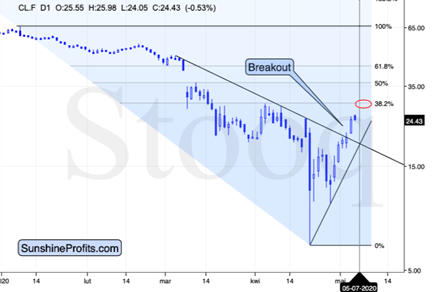 Given the strength with which crude oil broke above the declining resistance line and the fact that crude oil opened with a bullish gap yesterday, the next very short-term move will very likely be to the upside. The next particularly strong resistance level is based on the 38.2% Fibonacci retracement level and the April highs – at about $30.

Based on the triangle-vertex-based reversal, we're likely to see some kind of reversal on Thursday or Friday, and given the current momentum, it seems likely that it will be a top.

As far as the second point is concerned, let's take a look at the 4-hour chart. 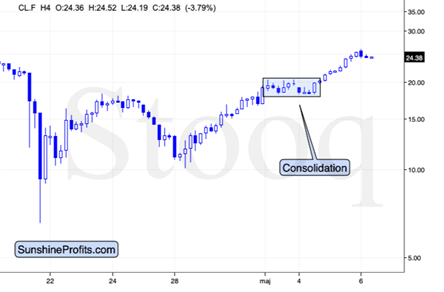 Even though it's not apparent on the daily chart, the above perspective allows us to see that crude oil has already consolidated in early May. This means that the rally is less excessive than it appears at first sight, and that a pause right now is not inevitable.

Either way, the very short-term outlook for crude oil is bullish, in our view.

Summing up, despite numerous bearish factors, crude oil showed exceptional strength and soared clearly above the declining resistance line on Tuesday, which made the short-term outlook bullish. This is especially the case since black gold opened with a bullish gap, and then continued to rally. It seems that the open profits on our long positions in crude oil will become bigger shortly.

We encourage you to sign up for our daily newsletter - it's free and if you don't like it, you can unsubscribe with just 2 clicks. If you sign up today, you'll also get 7 days of free access to our premium daily Oil Trading Alerts as well as our other Alerts. Sign up for the free newsletter today!

YOU MAY LIKE
Prev：OneConnect Rises 5% on Strong Q1 Revenue Next：Bergman Buy Update: Wendy's Earnings Miss But Better Than Feared