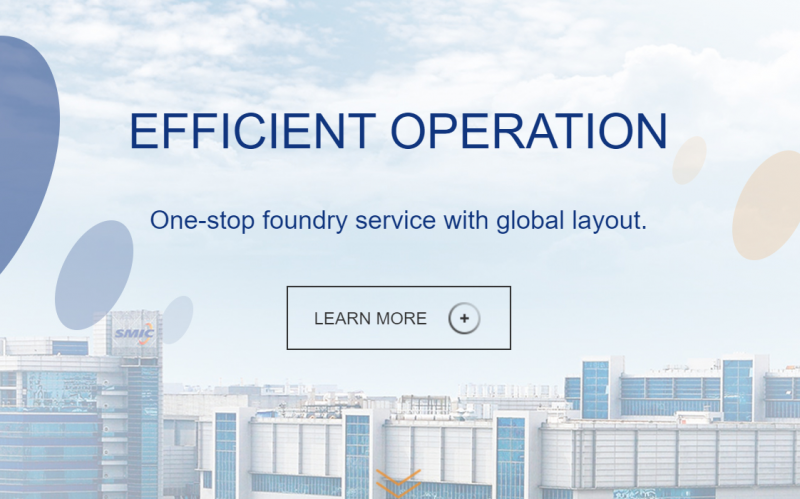 Semiconductor Manufacturing International Corp. (SMIC), China's largest chipmaker, is looking to raise capital on the high-tech STAR Market in Shanghai by issuing up to 1.7 billion in shares.

The company, which a year ago chose to delist from the New York Stock Exchange amid the Sino-U.S. tech war, said in a filing with the Stock Exchange of Hong Kong that its board has approved the public offering. SMIC has been trading on the HKEX under "0981" since 2004, the same year it went public in New York.

In the U.S., the chip giant continues to trade on the OTCQX as "SMICY." On Wednesday morning, following news of yet another listing, its shares jumped 7% to $10.70 per share.

SMIC said it plans to use the proceeds of the offering in China for the development of its 12-inch chips, as well as "matured technology research and development, and replenishment of working capital." The 12-inch SN1 project includes a building a production plant, a central utility building (CUB) powerhouse, and a production scheduling and R&D building, according to cnTechPost. The plant will make 14nm chips.

Underwriters on SMIC's offering on the Nasdaq-like sci-tech board in Shanghai are Haitong Securities Co., Ltd. and China International Capital Corp. Ltd. Details of the listing are yet to be determined.

In February 2020, SMIC issued bonds worth $600 million in a deal subscribed to by J.P. Morgan, ICBC International, Barclays, UBS, SPDB International, ICBC MACAU, Silk Road International, and BNP Paribas. The 2.693% bonds are due in 2025 and were listed on Singapore Exchange Securities Trading (SGX-ST). At the time, SMIC said in a statement that it planned to use the funds for "capacity expansion and other general corporate purposes."

Moody's had assigned Baa3 to the bond and issued a "stable" outlook.

"The company has a track record of balancing its growth needs and maintaining a stable financial profile," Moody's lead analyst for SMIC, Chenyi Lu, said in the report. "In addition, strong government support and diversified funding channels offset its modest leverage."

SMIC has also received backing from the government as Beijing aims to ramp up its chip production. The country has traditionally relied on chip imports worth $300 billion annually; the trade and tech war with the United States has intensified China's efforts in the sector. By 2030, China hopes to produce $305 billion of semiconductors and supply 80% of the domestic market.