Meanwhile, President Trump stayed true to his impulses and questioned the trade deal. 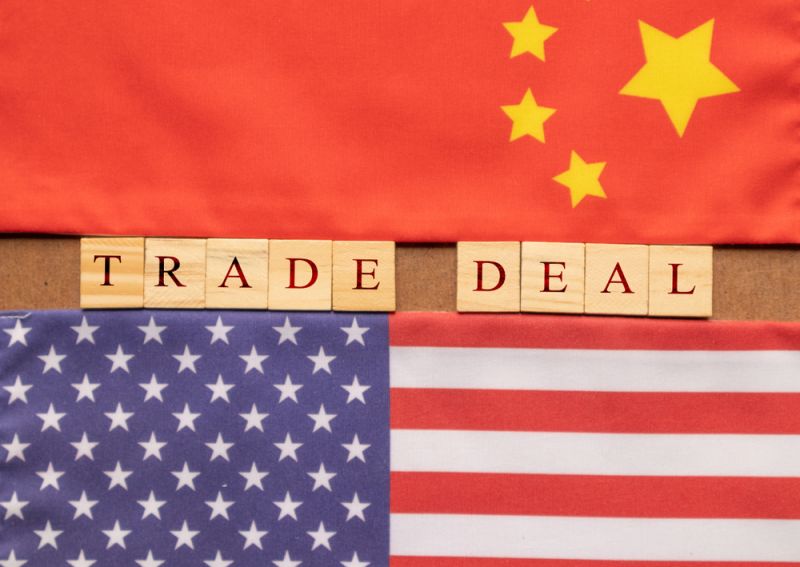 Chinese authorities reported on Friday an account deficit and export drop for the first quarter of 2020 due to the Covid-19 outbreak.

"The statistics demonstrate the long-term willingness of foreign investors to invest in China and Chinese enterprises' outward direct investment was stable and orderly," Chunying Wang, the spokesperson and chief economist of the foreign exchange department, said on Friday.

The authority also reported in another statement that China's current account deficit, which measures a country's imports and exports of goods and services, hit $29.7 billion in the first quarter of 2020. By segment, the service trade deficit was $47 billion. For others, the goods trade surplus was $26.4 billion, the initial income deficit was $9.8 billion, and the secondary income surplus was $600 million.

"Although China's balance was affected by the coronavirus epidemic in the first quarter of 2020, it remained within a basically balanced range with a small deficit, continued direct net inflow of direct investment," Wang said.

The top trade negotiators from Washington and Beijing held phone discussions on Friday and committed to create favorable conditions for phase one trade deal and strengthen macroeconomic and public health cooperation.

However, President Trump criticized China over the trade deal on Friday. He said he was "very torn" about the fate of the agreement signed in January.

Under the trade deal, China has agreed to purchase an additional amount of $200 billion in U.S. products and services in the next two years than the amount of 2017.

"I'm having a very hard time with China," Trump said in an interview on Fox & Friends on Friday. "I made a great trade deal months before this whole thing happened," he added.

Capital Watch columnist Mark Melnicoe wrote in his analysis of the situation: "The fight over tech seems destined to be the featured event, the protagonist in a drama we can expect to play out over many years."