The auto sales industry globally hit its worst point since 2008. 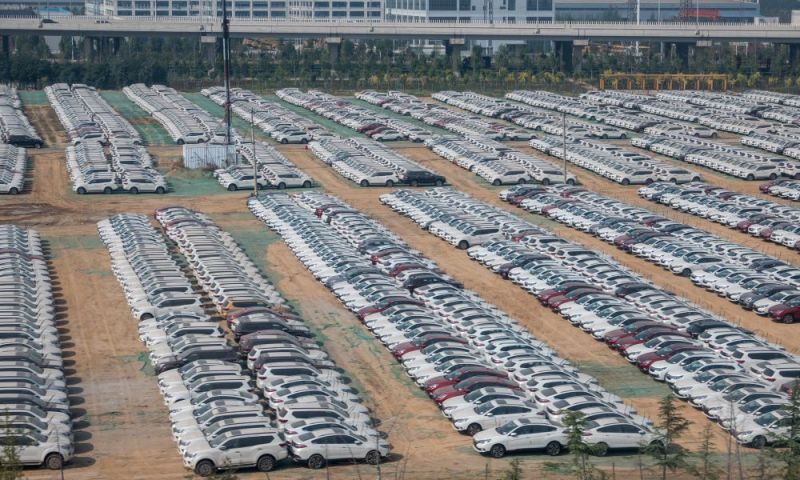 After its worst quarter yet, China's auto industry began to accelerate in April for the first time in 21 months.

The China Association of Automobile Manufacturers (CAAM) confirmed its earlier optimistic guidance and reported a 4.4% rise in auto sales last month following a 43% drop in the first trimester.

The Covid-19 outbreak and the mass shutdowns had nearly wiped out the market in China – similarly to today's state of the global auto market. Europe and the United States have its factories and dealerships closed, showrooms postponed, and demand limping. And while some global manufacturers are following China are slowly reopening, this quarter is expected to be the worst in sales since the financial crisis of 2008.

In the United States, the Big Three carmakers are planning to reopen. Fiat Chrysler Automobiles (NYSE: FCAU) and Ford (NYSE: F) plan to resume production on May 18; General Motors (NYSE: GM) is also looking to kickstart in early May, with new safety protocols. Toyota has been reopening its North American factories, arranging for certain employees to return and train on new safety practices, as Courier & Press wrote.

Tesla's (Nasdaq: TSLA) CEO Elon Musk has been fighting to reopen its California factories and has threatened to move to Nevada or Texas after local authorities forced the company's gigafactory south of San Francisco to remain shut down. In China, contrary to the market growth, Tesla's Model 3 sales fell 64% in April, after which Musk said in an earnings call that he will lower the price on the vehicle. Reportedly, Tesla's Shanghai factory has seen shortages in certain parts and may be facing equipment issues. Last week, as TechNode reported, there was zero production at all Tesla plants.

Meanwhile, CNBC reported that certain incentives, like 0% interest on loans, drove some recovery. In mid-April, Dealertrack counted a 65% jump in electronic transactions as compared to a year ago. On top of that, the Big Three may expect a bailout, though its shape and form are yet to be unveiled.

In China, despite the April jump, CAAM said it still expects a decline in auto sales this year of between 15% to 20%. Chinese EV stocks Nio Inc. (NYSE: NIO) and Kandi Technologies Group Inc. (Nasdaq: KNDI) were both down about 2% by midday. Giant Geely Automobile (HKEX: 0175) ended 1% higher in Hong Kong, at HK$13.08 per share. Car marketplace Uxin Ltd. (Nasdaq: UXIN) was trading up 2% and its rival Cango (NYSE: CANG) was 1% down.