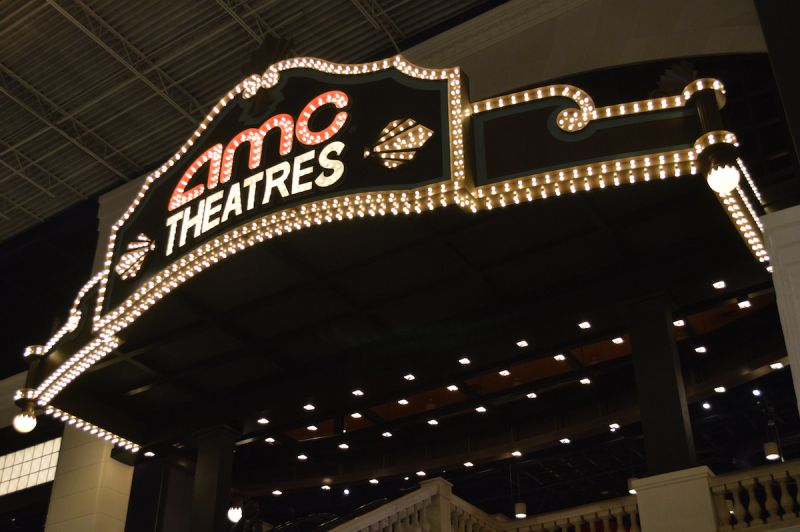 The stock in AMC Entertainment (NYSE: AMC) skyrocketed 27% to $5.21 per share by midday Monday on news that Amazon.com (Nasdaq: AMZN) has expressed interest in acquiring a stake in the movie theater giant.

While discussions were held, their outcome remains unclear, the Daily Mail reported Saturday. If a deal is reached, Amazon's potential acquisition would add to its streaming service Prime Video.

The report sent Amazon's stock higher to $2,401.08 per share, up nearly 1% from Friday's close. Earlier this month, Amazon posted revenue of $75.5 billion on a net income of $2.5 billion, or $5.01 per share in the first quarter. However, the company was planning on spending $4 billion or more on Covid-19 related costs, making it expect its first quarterly loss in five years.

The news today occurred while AMC has been suffering financial difficulties and is said to be on the brink of bankruptcy. The Kansas-based company has near $5 billion in debt, which resulted from a purchase of Carmike Cinemas and other competitors.

AMC said last month that it won't reopen its 630-plus theaters until there is a new Hollywood film ready to hit its screens. That would put AMC in line to reopen, if allowed, when the action film Tenet releases on July 17 and when Mulan hits the theaters, which is now scheduled for July 24 after delays.

By midday, U.S. benchmarks were down on an uptick of Covid-19 cases. The Dow Jones lost 154 points by midday, while the S&P 500 was down more than 7 points.

In efforts to calm investors down, analysts from Credit Suisse have said, "We maintain our positive view on equities as the market continues to focus on efforts to reopen the global economy and central banks' unprecedented policy support."

Even with Amazon expected to report a quarterly net loss, it is in a good position to take control of AMC, should it be able to strike a deal. For now, shareholders of AMC breathe a sigh of relief.