David Kostin is projecting the S&P 500 to tumble 18% in the coming months. 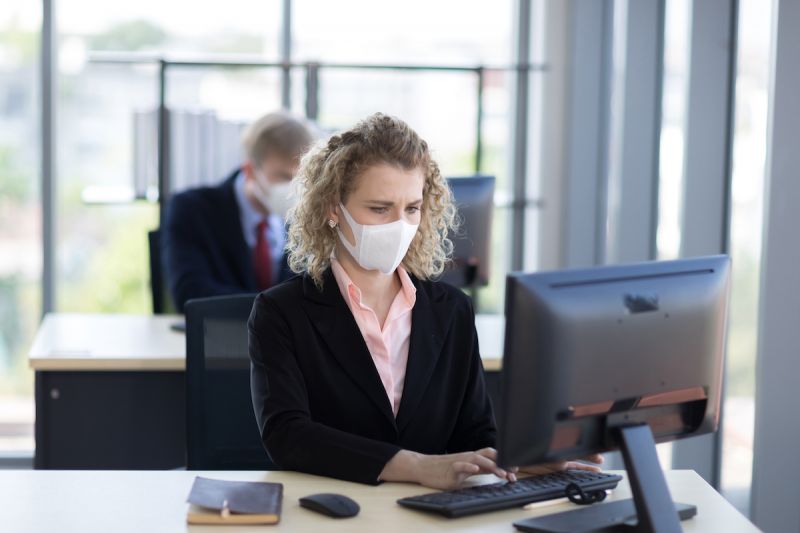 It's been a solid past month plus for U.S. stocks, but things could hit a peak at some point in the near future as Goldman Sachs analysts have warned investors over states relaxing restrictions too soon.

David Kostin, the chief U.S. equity strategist at Goldman said in a note to clients that he is placing a three-month target of 2,400 on the S&P 500 benchmark, which would represent an 18% plummet from its current levels.

"A single catalyst may not spark a pullback, but concerns exist that we believe, and our client discussions confirm, investors are dismissing, including $103 billion in expected bank loan losses in the next four quarters, lack of buybacks, dividend cuts, and domestic and global political uncertainty," Kostin wrote.

With a good chunk of U.S. states starting to ease restrictions, public health officials have feared that moving too quickly could cause a spike in cases; investors are now frightful as well.

"If we skip over the checkpoints in the guidelines to: ‘Open America Again,' then we risk the danger of multiple outbreaks throughout the country, Dr. Fauci told the New York Times on Monday.

He continued "This will not only result in needless suffering and death but would actually set us back on our quest to return to normal." 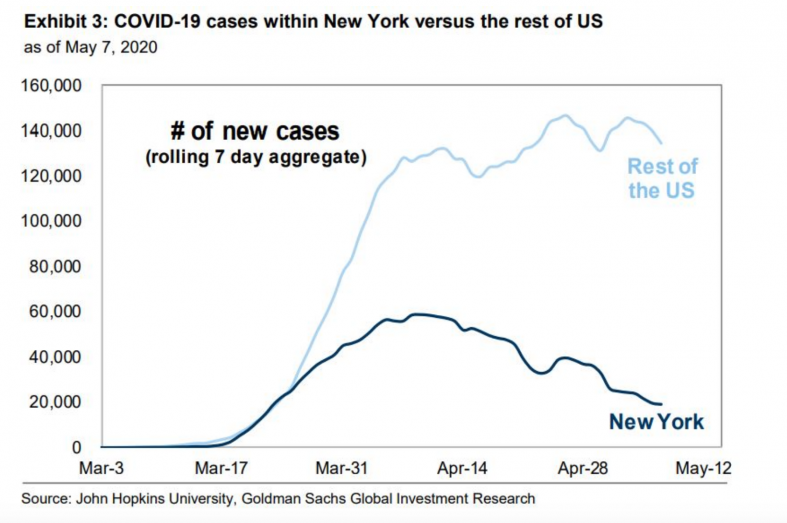 While it's tough to compare states with different infection patterns and, perhaps governors across the U.S. could learn from New York, which has now seen its lowest level of cases it has had since March.

"The worst can be over, and it is over unless we do something reckless," New York Gov. Andrew Cuomo said in April after the state finally began to flatten the curve.

He added, "And you can turn those numbers on two or three days of reckless behavior."

Some parts of New York will reopen some at the of the week, but the city won't lift its pause until at least early June.

By midday Tuesday, U.S. benchmarks saw some slight gains in the markets. The S&P 500 was up 0.22 points, and the Dow Jones rose more than 48 points to 24,270.24. As investors continue to exhibit optimism, Novavax, Inc.'s (Nasdaq: NVAX) announcement that it would receive up to $388 million from the Coalition for Epidemic Preparedness to fund the development of its experimental Covid-19 vaccine appeared to help rally the markets today. The stock skyrocketed 58% to $38.82 per share and is one to watch going forward.

Closing businesses is bad for the economy. But rushing to reopen too quickly when experts say not to could wind up being more costly in the long run.