The tech giant expects growth to slow a bit on Chinese consumer behavior normalizing post-Covid-19, and a pullback on marketing budgets by multinational brands. 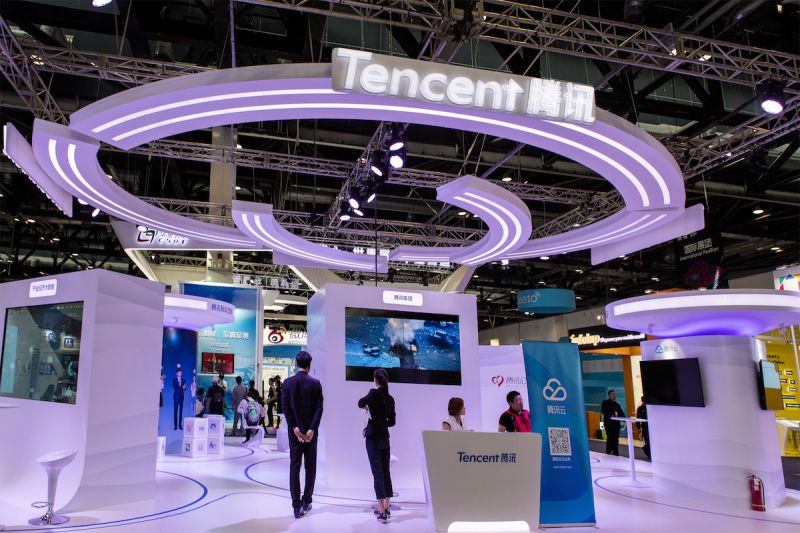 Shares of Tencent Holdings Ltd. (HKEX: 0700; OTC: TCEHY) leaped to more than a two-year trading high on Thursday in Hong Kong on the news of it beating analysts' estimates thanks to video subscriptions and gaming revenues soaring in the first quarter.

The Hong Kong-based tech giant said in a statement today that in the three months through March revenues reached $15.25 billion, up 26% year-over-year on adjusted earnings of 40 cents per share. Wall Street expected Tencent to generate $14.3 billion in revenues on earnings of 33 cents per share.

Tencent attributed the growth to gaming revenues, which topped $5.2 billion in the quarter, surging 31% from the same period in 2019. Also, Tencent's video subscriptions rose 32% year-over-year to 112 million.

Thursday's trading price of HK$447.000 per share marks the highest its traded since March 2018. Although Tencent's shares did fall by close, it ended the day trading HK$1.00 higher from Wednesday's close. Shares in Tencent are now up nearly 15% year-to-date. It also has performed well in the U.S., seeing its stock up almost 18% YTD, as of Wednesday's close.

Despite the strong results today, Tencent pumped the breaks and warned that growth in certain sectors may slow down going forward.

It appears that Asian investors were concerned about the U.S. Federal Reserve Chairman Jerome Powell's warning of prolonged stunt economic growth. The Hang Seng Index dropped more than 1% to 23,829.74 points and the SSE Composite Index slipped nearly 1% to 2,870.34 points at Thursday's close.