GDS is accelerating its data center construction as China ranked as the second-largest cloud infrastructure market. 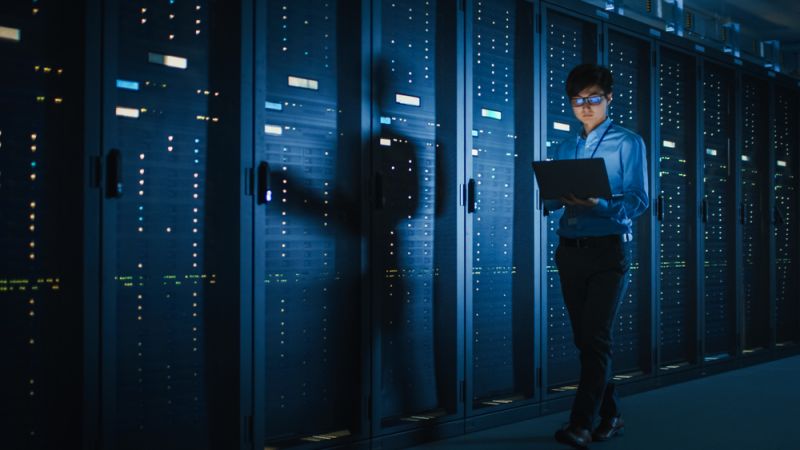 The Shanghai-based company, which develops and operates data centers in China, said in a statement on Thursday that revenues in the three months through March was $175.2 million, up 39% year-over-year. GDS reported narrowed net loss of $13 million, or 1 cent per share, down 33% from the same period in the preceding year.

While the company has surpassed consensus EPS estimates just once over the last four quarters, it has beat consensus revenue estimates each time for the same period.

The cloud services provider said in the statement that additional area utilized in data centers of Shanghai, Guangzhou, Beijing and Langfang contributed to the revenue growth.

"Our data center capacity expanded by approximately 25,000 sqm, with the addition of major new projects in the Beijing and Shanghai markets," William Huang, the chief executive officer of GDS, said in the statement.

"The sales increase was driven primarily by booming Cloud adoption in China leading to higher demand from Cloud service providers, as well as significant new commitments from large Internet customers," GDS said in its statement.

The data center campus is located at Pujiang Area, Minhang District of Shanghai, consisting of approximately 212,000 square meters of total land area and near the company's other 11 data centers close to cable landing stations.

China's cloud infrastructure market grew to $3.3 billion by 67% in the fourth quarter last year, according to data from a research firm Canalys. The report said China represented 11% of the worldwide total revenue, sending it to be the second-largest market.