China’s JD.com aims to transform into a supply chain giant, though it has some serious competition at home. 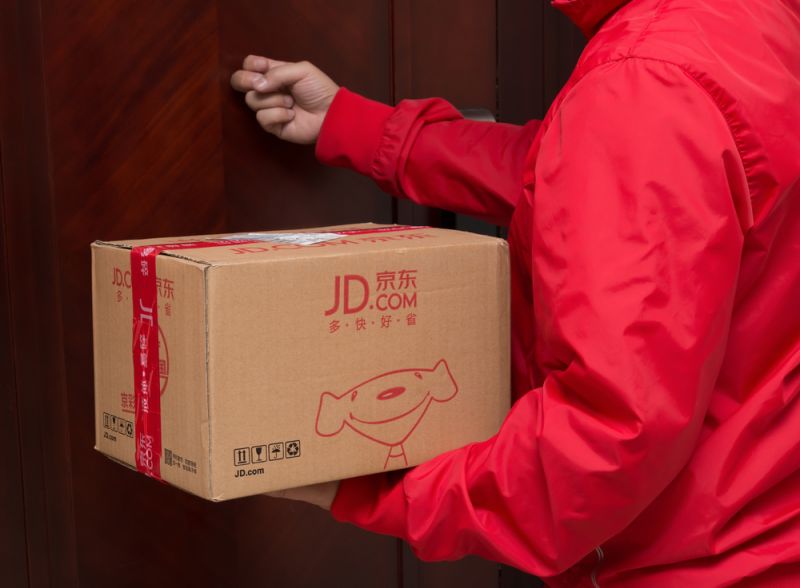 The Beijing-based company said on Friday that its revenues reached $20.6 billion in the first quarter, up 21% year-over-year. Its net income was $149.3 million, or 10 cents per share, in the three months through March, down 85% from a year ago.

JD.com reported a $94.6 million loss in the first quarter for the fair value change of investment securities.

The company's annual active customer accounts in the past year increased by 25% to 387.4 million, while its mobile daily active users were up 46% from a year ago.

"Strong user growth during the first quarter reflects consumers' increasing reliance on JD.com to support every aspect of their lives, and confidence in our commitment to providing a broad selection of quality products and best-in-class services," Richard Liu, the chief executive officer of JD.com, said in the statement.

The online retailer stressed its transformation to a leading supply chain-based technology and service provider.

JD.com said that JD MRO, its sub-division e-commerce platform that specializes in industrial maintenance, repair, and operations, signed to raise $230 million on April 24. The listed investors are GGV Capital, Sequoia Capital China and CPE for the series A preferred share financing.

As to its logistics business, the supply chain company operated over 730 warehouses as of March, covering 17 million square meters.

JD completed its first logistics properties fund in January 2020 and said it is expecting to raise a second fund of 4.6 billion yuan ($657 million) in the second half-year from investors including Government of Singapore Investment Corp.

In March, one of China's largest local on-demand retail delivery platforms, JD.com's Dada Nexus Ltd., has filed for a New York public offering that could be worth $500 million.

Looking ahead, JD said that its revenue in the next quarter is expected to reach between 180 billion yuan and 195 billion yuan ($25.7 million to $27.9 million), representing a year-over-year increase of between 20% and 30%.