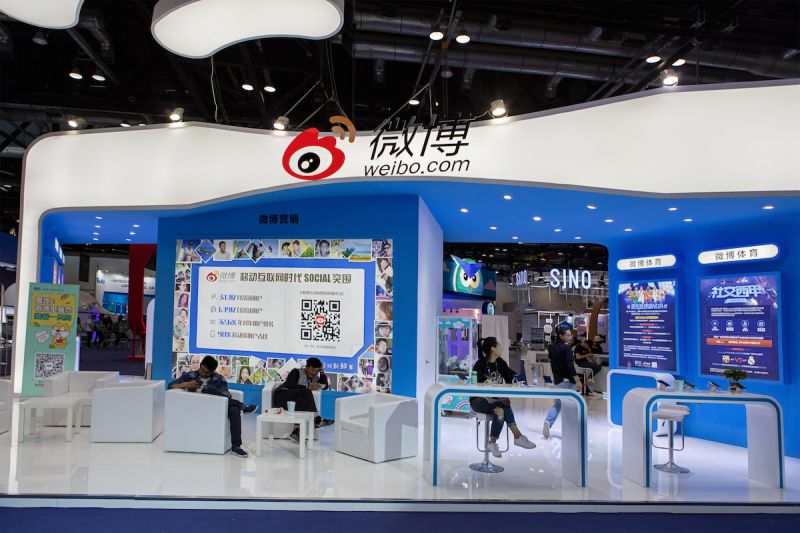 Sina, which owns a majority stake in Weibo said in the three months through March that its Non-GAAP
revenues were $432.4 million, down 8% year-over-year on adjusted earnings of 25 cents per share. However, the results crushed Wall Street estimates of $387.9 million in revenues on a profit of 7 cents per share.

In early trading Tuesday, the news sent Sina's stock trading 2% higher at $35.24 per share, while Weibo fell 3% to $35.50 per share. Towards the end of the third quarter, Weibo's user activity started to pick up, a good sign going forward.

"In March, we delivered our strongest user growth in terms of net additions of MAUs and DAUs on a year-over-year basis," Gaofei Wang, the chief executive officer of Weibo, said in a statement today.

He added, "On monetization, we have seen a gradual recovery trend since March for most brands and merchants from the trough in February, although there are still uncertainties brought forth by the pandemic."

For March, Weibo recorded 241 million average daily active users, representing a net addition of 38 million users compared to the same month in 2019.
Sina established Sina Weibo in 2009 and has developed into one of the largest social media platforms in China. The online retail giant Alibaba Holding Group Ltd. (NYSE: BABA) has a minority stake in Sina Weibo.

Sina also announced today that it has repurchased roughly 3.2 million shares at an average cost of $30.59 each, as of March.

While Weibo did not provide guidance, the company said it expects revenues to fall in the range of 7% to 12% year-over-year in the second quarter.

YOU MAY LIKE
Prev：Hong Kong's Benchmark to Include Alibaba, Xiaomi and Meituan Dianping Next：Bergman Buy Update: South Korea is Buying Weed and So Should You