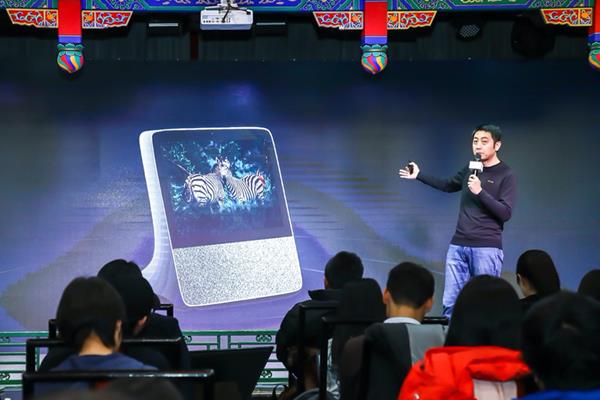 The company, China’s No. 1 search engine, said revenues fell 7% year-over-year to $3.2 billion in the trimester through March. While its online marketing segment suffered a 19% drop due to the Covid-19 outbreak, revenues from its affiliate, iQiyi (Nasdaq: IQ) and other segments, rose 28%, offsetting the damage.

Net income, Baidu said, was $6 million, in contrast to losses of $46 million incurred at the same time last year.

Meanwhile, Baidu’s subsidiary, iQiyi, which operates an entertainment platform similar to Netflix in the U.S., saw its shares drop 4% to $17.51 apiece. The Beijing-based company said in a statement after markets closed Monday that while its revenues grew 9% in the first quarter to $1.1 billion, it suffered losses of $406 million, or 56 cents per ADS.

Robin Li, the co-founder and chief executive officer of Baidu, said in a statement, “With the pandemic coming under control in China, offline activities are rebounding and Baidu stands to benefit from a restart of the Chinese economy."

Baidu App reported daily active users of 222 million, up 28% year over year, while in-app search queries rose 45%, and feed time spent was up 51%.

Baidu noted the actions it took to help fight the Covid-19 outbreak, namely, it provided “free online doctor consultations on its healthcare platform and made available its online healthcare services, such as pneumonia screening, to third-party medical apps, to free up hospitals for critical emergencies.”

It also donated its smart devices Xiaodu for virtual conferencing to frontline doctors and their families, provided technology in online education programs, and deployed Apollo-powered autonomous vehicles to deliver medical supplies and food, as well as fever screening and sterilization services, according to the report.

In April, Baidu sold $1 billion in ten-year bonds, which it intends to use to repay maturing bonds and for general corporate use. The company also set off a share buyback plan effective until July 2021, under which it may repurchase up to $1 billion of its ADSs.

In the second quarter, Baidu said it expects to generate revenues between $3.5 billion and $3.9 billion, representing year-over-year difference of between -5% and 4%.