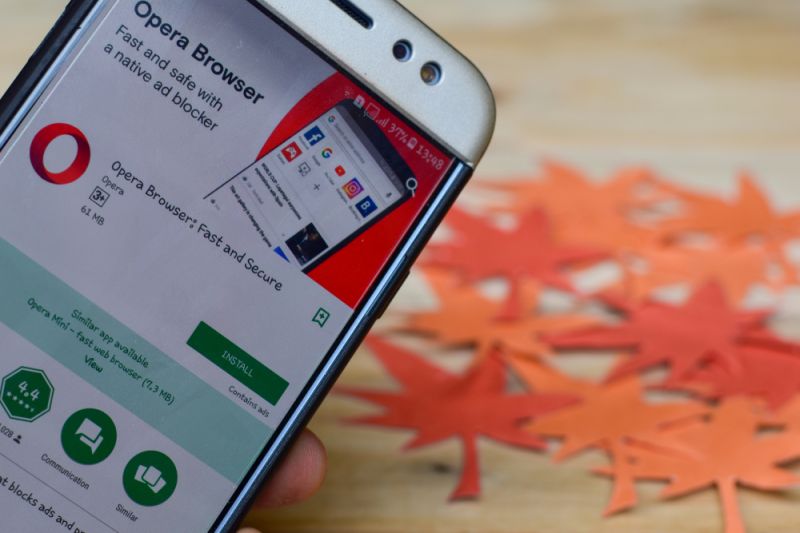 The China-backed Norwegian company said in a statement today that net revenues in the first quarter reached $138.2 million, up 177% from last year.

Opera reported a net loss of $20.9 million, or 9 cents per American depositary share, in the three months through March, compared to net income of $4.4 million per share during the same period last year. The company expected an adjusted EBITDA of $11 million to $14 million in February.

in addition to its search and advertising business, Opera offers microloans as well. Opera reported a $69.5 million credit loss expense in the first quarter, up 356% year-over-year. The company said $69.2 million related to microlending, due to the collection risks related to Covid-19.

"In anticipation of near-term challenges in key countries like India and Kenya, we significantly reduced our microloan volumes from mid-March," Frode Jacobsen, the chief financial officer of the company, said in the statement.

Jacobsen added that the company still holds the same outlook in April and that its borrowers are affected by measures taken to halt the spread of the coronavirus.

Song Lin, Opera's chief operation officer, said that the company had "a very strong January and February" for its Fintech business in South Asia and Africa, continuing to provide its services in cooperation with local banks and partners.

"However, once it was clear Covid-19 would impact our key markets, we made the strategic decision to meaningfully reduce near-term credit exposure," Lin added.

The company said its user base soared to over 360 million monthly active users in March.

Looking ahead, the company announced it withdrew the 2020 guidance in April due to the pandemic. The company said in February that it expects revenues to be from $530 to $560 million, increasing in the range of 58% to 67% year-over-year.

The company's controller, Yahui Zhou, founded the listed gaming company Kunlun China, and resigned from the position of Chairman on April 13.

Kunlun China said in an announcement that, due to the rapid spread of the coronavirus epidemic in Africa, Zhou's local startup project OPay was affected. As the full-time chief executive officer of the mobile payment company OPay, Zhou plans to invest more energy in the mobile payment projects.

Opera stocks dropped by 19% to $7.33 per share after a critical report issued by Hindenburg Research on Jan. 16. Shares in Opera were trading at $6.15 per share midday Wednesday, down 12%.

YOU MAY LIKE
Prev：Luckin Tanks as it Resumes Trading, Business Under Question Next：U.S. Stocks Lifted as Retailers' Earnings Beat Expectations