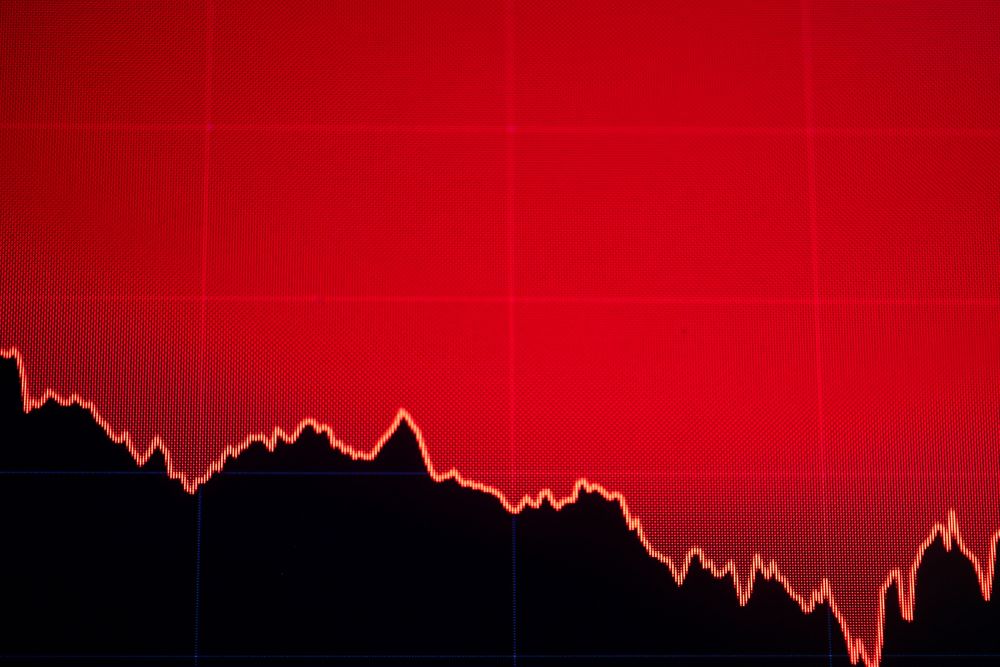 U.S. stocks inched lower by midday Thursday after the Labor Department reported that more than 4 million Americans filed for unemployment benefits last week and Federal Reserves’ president made cloudy comments on the outlook of the economy.

With jobless claims now exceeding over 40 million since the outbreak of Covid-19 in the U.S., John Williams the president and chief executive officer of the Fed said this morning that unemployment "is sure to get worse before it gets better." He has also called for “significantly more” government funding and thinks there will be a recovery in the second half.

"We are still going to have a couple of difficult months ahead of us,” Williams said.

He added, "Big question mark is how strong?"

CNBC reported today that Sino-U.S. trade tensions are likely to get worse ahead of the election this November. This comes as President Trump continues to put China on blast for its handling of Covid-19.

“This is not about improving economic security for Americans, American companies, no matter what they say. This is a politically motivated trade conflict,” Stephen Roach, a senior fellow at Yale University’s Jackson Institute for Global Affairs told CNBC today.

By midday, the Dow Jones lost more than 100 points, while the S&P 500 inched nearly 1% lower to 2,949.75 points. The benchmarks were up earlier today, but the markets have been unpredictable and fluctuating. Despite that investors have shown optimism on the economy starting to reopen again and the hope for a vaccine.

Aurora and L Brands Attempt to Carry the Markets

Some big winners today in the U.S. was the Canadian-based Marijuana producer Aurora Cannabis Corp., (NYSE: ACB) and the Ohio-headquartered fashion retailer L Brands, Inc., (NYSE: LB) Aurora skyrocketed 19% to $15.18 per share on the news of it acquiring the American lotions and nutritional supplements producer Reliva LLC in an all-stock deal worth around $40 million, while L Brands soared 15% to $14.09 per share after saying in its first-quarter financials that it remains "committed" to spinning off its Bath & Body Works chain.

Expect unemployment to continue to rise in the next month or so, as uncertainties continue to affect the overall volatility of the markets each day.