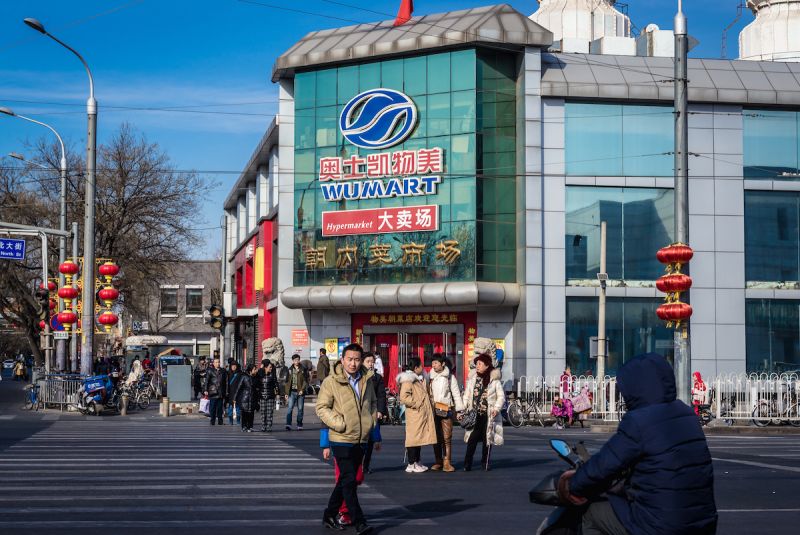 The Chinese retailer Wumei Holdings Inc. is considering an IPO in Hong Kong and is deciding which part of its operations to include in the potential listing.

The operator of Wumart Stores Inc. and the home-improvement chain B&Q has carried preliminary discussions with potential advisers regarding an IPO, as reported by Bloomberg on Sunday. The Beijing-based company completed its acquisition in the German wholesaler's Metro AG's Chinese arm last month. The deal gave Wumei 80% equity control in exchange for more than €1.5 billion ($1.65 billion) in Metro's Chinese operations. Wumart Stores was publicly listed in Hong Kong before Wumei took it private in 2016.

According to the company, it is one of China's largest "modern distribution" companies with around 1,500 stores nationwide. Annual revenue exceeded $14 billion.

The news comes as tech giants JD.com, Inc. (Nasdaq: JD), and NetEase Inc. (Nasdaq: NTES) are reportedly planning to list their shares in Hong Kong in June. Both listings could bring in a combined $5 billion in proceeds, according to Reuters.

Hong Kong investors appeared to have calmed after concerns over a national security law that would tighten Beijing's control on the city that sent the Hang Seng Index to its lowest percentage drop since July 2015 on Friday. On Tuesday, investors have begun to look past that, setting their more sanguine sights on a hopefully imminent economic recovery; the HSI gained nearly 2% to 23,384.66 points.

He added, "Asian equities look set to remain at very favourable levels. What is clear is that the peak-virus trade continues to maintain its strong positive momentum."

The next month will be interesting in Hong Kong with big listings in JD and NetEase on the horizon.  However. expect the markets to continue to be volatile.

Wumei's discussions are in early stages and the details of the fundraising are subject to change.