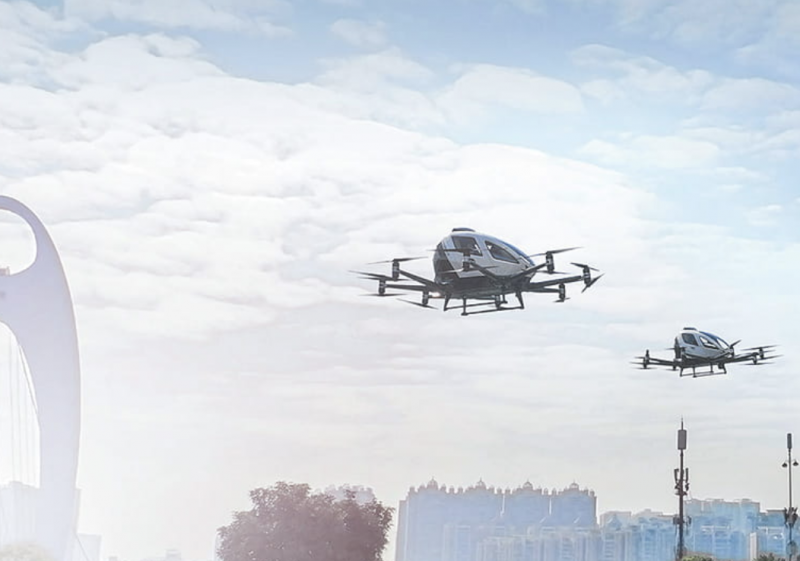 The Guangzhou-based passenger drone maker said its revenue in the first quarter reached $2.7 million, up 80% year-over-year. Net loss narrowed to $2.9 million, or 3 cents per share, down 4% from a year ago, but up from the fourth quarter, when EHang saw losses of $22,000.

The company sold nine autonomous aerial vehicles (AAVs) during the first three months of 2020 compared with 26 in the preceding quarter.

"We have also expanded the urban air mobility (UAM) pilot city network and successively achieved regulatory breakthroughs in the U.S. and Europe, paving the way for global business expansion in the post-COVID19 world," Huazhi Hu, the chief executive officer of EHang, said in the statement.

At the beginning of the year, EHang tested its flagship product, an all-electric two-seater EHang 216, in North Carolina.

The company has also expanded in the European market during the first quarter. It had obtained the first operational permit from authorities in Norway and announced cooperation with the government of Seville and Llíria in Spain.

As of April, EHang has completed more than 2,000 trial flights in China, Austria, the UAE, the Netherlands, Qatar, and the United States.

"If an investor is interested in the UAM market, we would suggest them to look at EHang, because we are the leader in this industry and the only company that has entered commercialization," Richard Liu, EHang's chief financial officer, told CapitalWatch in an April interview.

The company raised $40 million by offering 3.2 million of its American depositary shares at $12.50 apiece on its debut on December 12.

Established in 2014, EHang develops, markets and sells AAVs with a mission to "make safe, autonomous and eco-friendly air mobility accessible to everyone," according to its prospectus. It aims to deliver technology for passenger transportation, logistics, smart cities, and aerial media, among other uses.

EHang maintained its revenue guidance for 2020, saying it expects to see 200% revenue growth this year.

YOU MAY LIKE
Prev：Trip.Com Falls 1% on Poor Q1 Revenue and Losses Next：U.S. Stocks Fall as Personal Spending Falls to Record Low