The Fed's chariman said today it will start a lending program for small- and medium-sized companies. 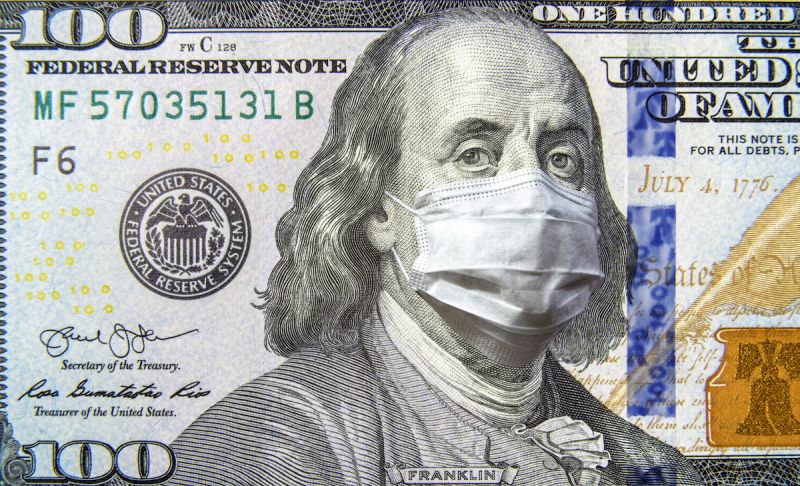 U.S. stocks fell by midday Friday as personal spending in the country fell to a record low and personal savings hit a historic high.

The U.S. Bureau of Economic Analysis said today that personal savings reached 33% in April, which marked the highest since the department began tracking the factor in the 1960s. Meanwhile, personal spending in the U.S. plunged to 13.6%, which was worse than the 12.9% drop economists polled by Dow Jones expected. So far, more than 40 million Americans have filed for unemployment benefits during the pandemic.

"There's not much opportunity for many people to go out and spend money," Megan Greene, a senior fellow at Harvard Kennedy School, said, as cited by CNBC.

She added, "With shops all closed and everybody locked up, the ‘shopportunities' have dried up. That speaks to a kind of demand shock."

Jerome Powell, the chairman of the federal reserve said today that the central bank will start a lending program for small- and medium-sized companies. He said, "We do expect to start making loans on Main Street in a few days."

Powell has called upon the government to provide more stimulus relief. Earlier this week, Senate Majority Leader Mitch McConnell said that Congress will "probably have to pass one more package." Previously, Democrats proposed a $3 trillion relief package that was declared dead on arrival by Republicans. McConnell has been pushing for liability protections on doctors and businesses.

While trade war tensions continue, President Trump has now found a new foe and that's social media. He tweeted today: "Twitter is doing nothing about all of the lies & propaganda being put out by China or the Radical Left Democrat Party. They have targeted Republicans, Conservatives & the President of the United States. Section 230 should be revoked by Congress. Until then, it will be regulated!"

The post comes as Trump signed an executive order on Thursday to crack down on censorship on social media sites, mostly targeting Twitter, Inc. (NYSE: TWTR). The billionaire president, who has more than 80 million followers on the platform, ironically today had one of his Tweets flagged for violating Twitter's rules by "glorifying violence." 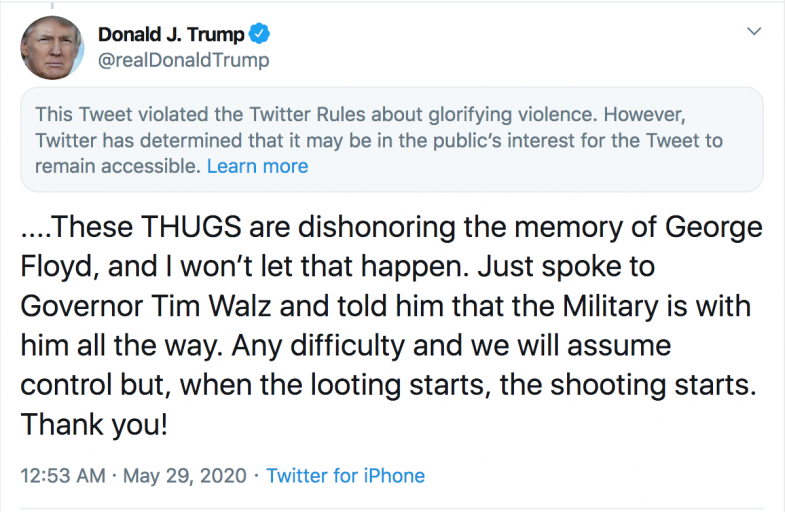 As the capital markets get set to close the week, Trump is expected to hold a press conference concerning China today. It's safe to assume that it won't be about sending cupcakes to the country, as investors eagerly wait to hear Trump's comments.

YOU MAY LIKE
Prev：EHang Sees Revenue Jump 80%, but Stock Price Drops Next：GSX Stock Inches Higher on Another Denial of Short Report