China Exhibits Confidence at the NPC 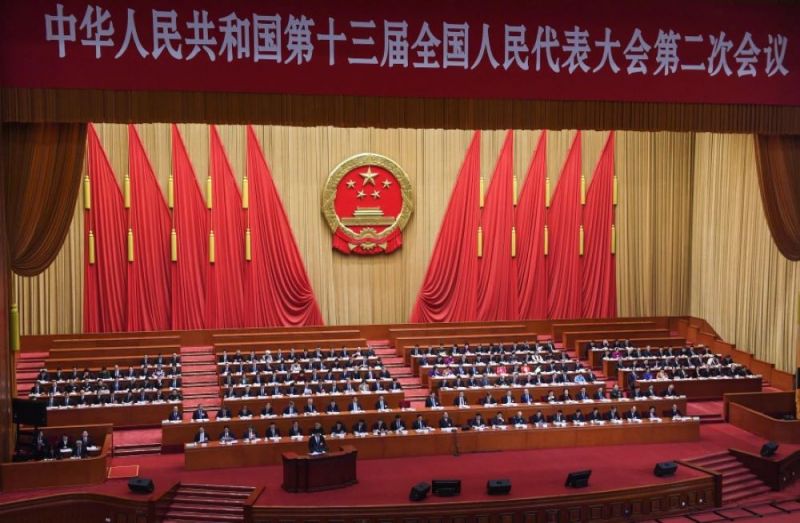 China sent a clear signal of growing confidence in return toward normalcy from the ravages of the coronavirus pandemic on May 21 when thousands of prominent citizens traveled from all over China to meet – properly masked and social-distanced – in the enclosed spaces of the Great Hall of the People in Beijing for annual meetings of the National People's Congress (NPC) and Chinese People's Political Consultative Conference (CPPCC). The events, which ended May 29, had been postponed for two months after the Chinese economy plunged in the first quarter to depths unseen in more than 40 years.

The NPC, the national legislature, had to answer an enormous question: Will China provide sufficient fiscal stimulus to fund recovery? The Congress is always carefully scripted by national leadership, but it wasn't clear if that script called for robust funding of the economy.

Of particular interest was whether the ratio of fiscal deficit to GDP would be at least 3.5%. That would send a "strong signal that the government is ready to use whatever method possible to stimulate the economy," Richard Tang, China strategist and head of research in Hong Kong at Swiss wealth management group Julius Baer, had told The South China Morning Post.

The signal was sent. The ratio was set at more than 3.6%. Cue the demonstration of confidence in recovery from the worst of the pandemic, and the NPC set the stage for renewed economic growth.

However, uncertainty remained, reflected in the decision at the NPC not to propose a GDP target for this year. Among potential pitfalls are weak demand from struggling economies abroad, slow domestic demand due to lack of consumer confidence, and the possibility of a resurgence of the coronavirus. In addition, there was early indication that equities investors were not satisfied with the amount of stimulus.

Another problem grew larger while the NPC was in session: Simmering US-China tensions flared up after the Trump administration's broadsides over China's role in the start of the virus and its clampdown on Hong Kong – among other complaints.

"Challenging US-China statements, tweets or actions could spur more volatility for US and Chinese equities in the weeks to come, but we expect this will be short lived," said Mark Haefele, UBS Global Wealth Management Chief Investment Officer. "We think it's unlikely that this will escalate into another tariff skirmish, as the US and China are trying to recover from their respective economic slowdowns."

China and a number of other Asian nations enjoy the advantage of emerging from the worst of the pandemic ahead of major Western industrial countries. However, as UBS points out, the MSCI AxJ's discount to global equities is near 36%, higher than the long-term average of around 23%. This expanded discount exists even though Asian earnings are flat while global earnings are dropping nearly 20%. Haefele said UBS expects "revisions to trough in the next couple months, which historically has been a good indicator for a market rebound."

Tang said direct government investment would be a key economic driver in China. Among beneficiaries, he said, would be big cement producers, such as Anhui Conch Cement (AHCHT).

Early market reviews of actions taken at the NPC were tepid, with Chinese equities slumping in the days after the Premier's work report, according to a more recent report from Haefele.   The main complaints appear to be the "lower-than-expected fiscal stimulus announced and the lack of specific stimulus for consumption and housing sectors."

Still, Haefele predicted high-single digit growth in Chinese stocks for the next 6-12 months, although in a volatile market. The main sectors to benefit, he said, are both traditional infrastructure projects such as those in transport, and urban public facilities as well as new infrastructure, particularly 5G networks and electric vehicle systems.

Haefele said he expected China's biggest telemedicine platforms would benefit from modernization and digitalization of the country's healthcare system promoted in the NPC. He noted that the Work Report stated that reform of disease prevention and control system would be a high priority. In addition, President Xi Jinping announced in a speech that public health was a national security concern.

YOU MAY LIKE
Prev：Nasdaq to Chinese Companies: Is $25 Million Too Much to Ask? Next：Alibaba, JD.com See 'Revenge Consumption' at Launch of Mid-Year Sales Event