Dada Nexus and Legend Biotech raised more than expected in their IPOs in New York. 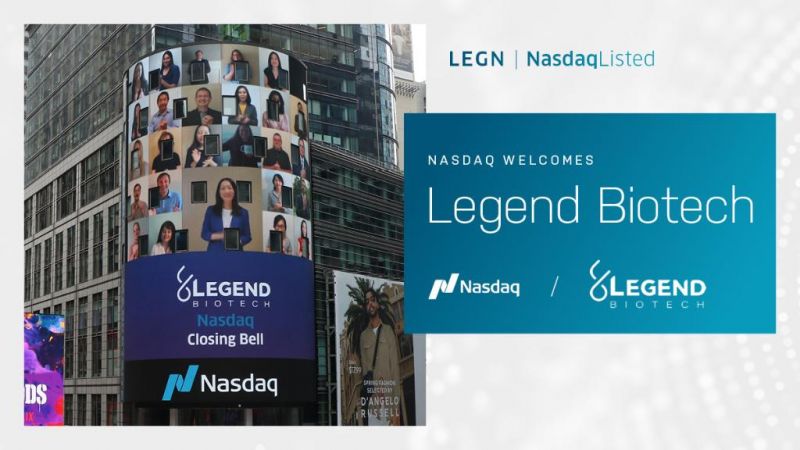 Despite the ongoing Sino-U.S. tensions and a tightening regulatory environment, some Chinese companies continue to pursue New York IPOs, even welcoming additional inspection of their books, and enjoy strong investor demand.

On Friday, two Chinese companies debuted on the Nasdaq Stock Exchange and enjoyed strong investor demand. Dada Nexus Ltd. (Nasdaq: DADA) priced its shares at $16 and raised $320 million in an upsized float. DADA stock opened at $18.30 and closed 1 cent below issue price after some volatility. The company, a grocery delivery giant backed by JD.com (Nasdaq: JD) and Walmart (NYSE: WMT), now commands a valuation of $3.5 billion.

The comment was made in relation to the push for increased regulatory scrutiny in the U.S. The Congress is reviewing a bill that would place Chinese audits under the inspection of PCAOB, as well as forced disclosure of relation to the government. In its filings with the U.S. SEC, Dada listed delisting as a potential risk.

Legend Biotech Corp. (Nasdaq: LEGN) also lifted off on Friday and did remarkably well, skyrocketing more than 61%. Issued above its expected range, at $23 per American depositary share, it ended at $37 in trading and with $424 million in proceeds – way above the expected target of $368 million. 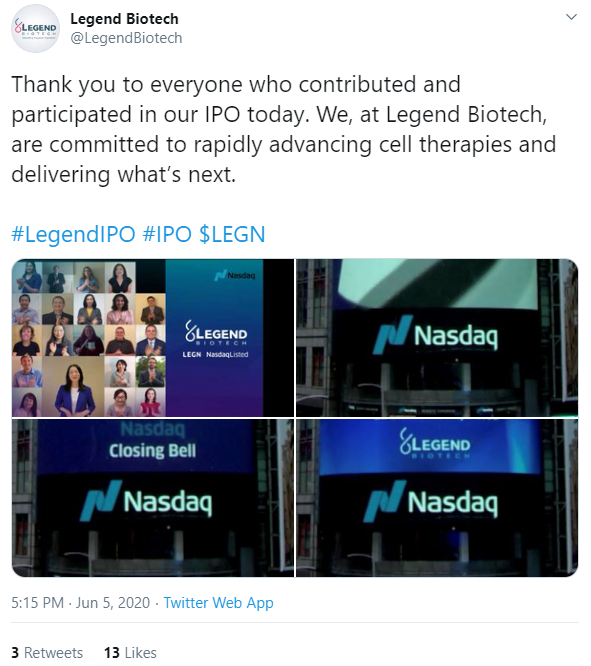 The biotech company has headquarters and operations in the United States, which raises its credibility in the eyes of the investors. In addition, Legend Biotech has Johnson & Johnson (NYSE: JNJ) among its collaboration partners in developing CAR-T therapy and is backed by parent GenScript Biotech (HKEX: 1548).