The troubles just got even worse for the formerly-so-called Starbucks challenger. 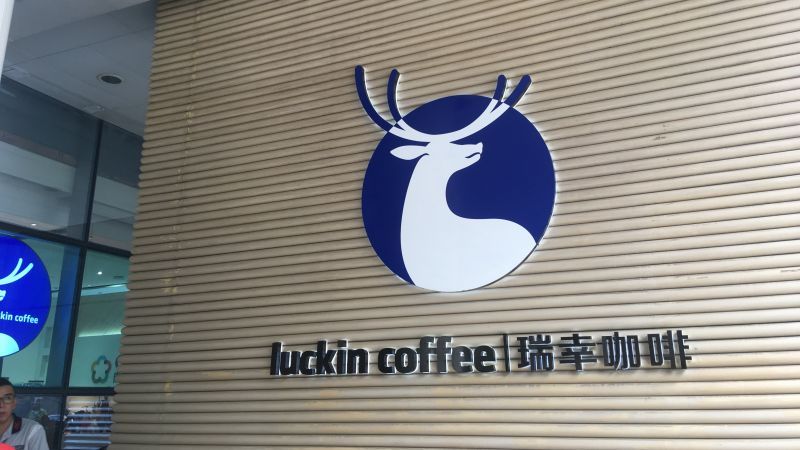 Shares in Luckin Coffee Inc. (Nasdaq: LK) tumbled nearly 13% Monday on news that its chairman may have been involved in the company's fraud which has so shaken up the financial market and U.S.-Sino relations.

The story of China's trouble-ridden coffee chain is one that will serve an example for many an investor, as well as those pushing increased oversight of foreign listings. If some hoped that Luckin will avoid delisting, as can be seen in the uptrend of its stock since May 20, when it resumed trading after a monthlong halt, those hopes were shattered today. Citing a source close to regulators, Caixin Global reported that Zhengyao Lu, chairman of Luckin, may face criminal charges as investigators found emails "in which he instructed colleagues to commit fraud."

This is the same guy, a serial entrepreneur and angel investor, who had earlier issued a public apology, saying, "I have been in deep pain and guilt over the past month. I again apologize to all the investors, staff and clients of Luckin for the terrible impact of the incident."

Lu also said he "never intended to defraud investors and only wanted to build good companies and create value for society," as cited by the South China Morning Post.

While Lu has been hit hard by creditors trying to liquidate his private company, as well as lawsuits in the U.S., he remained in charge of Luckin Coffee after the fraud of overstated 2.2 billion yuan ($310 million) in sales was confirmed in early April. Instead, former CEO Jenny Zhiya Qian and COO Jian Liu, as well as a number of other employees, took the blame and were sacked. As LK shares resumed trading, the Nasdaq informed Luckin of its decision to delist the company – a decision which Luckin appealed.

The coffee chain raised about $651 million in its initial public offering in May 2019 and the concurrent private placement. That marked one of the few successful China IPOs of 2019 in New York, with shares that ended the year at double the issuance price of $17 and then exceeded the level of $50 – before they tanked 90% on an anonymous short-seller report made public by Muddy Waters.

Thus, from the reputation of a Starbucks (Nasdaq: SBUX) challenger in China, Luckin has fallen to disgrace and has taken other Chinese firms along. Now, U.S. Congress is reviewing a bill that would place Chinese audits under mandatory review of PCAOB like most other foreign firms seeking a U.S. listing.

Rep. Brad Sherman, a California Democrat on the House Financial Services Committee, said in a commentary on a companion bill, "Had this legislation already been signed into law, U.S. investors in Luckin Coffee likely would have avoided billions of dollars in losses."

Luckin Coffee's stock fell to $4.81 per American depositary share on Monday – which is no 90% drop, but it may get worse if Lu gets charged.