Dow Down Over 1,000 Points on Fears of Second Wave and Fed Report 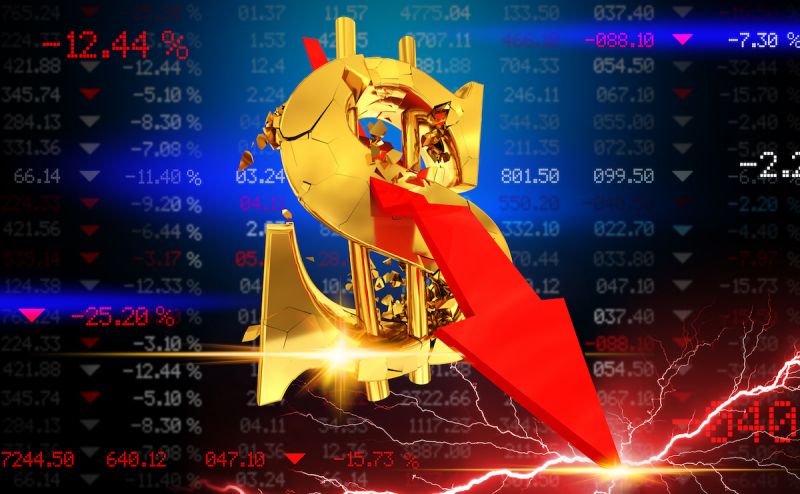 Stocks tanked by midday Thursday on fears of a second wave of coronavirus cases and a disappointing economic outlook provided by the Federal Reserve.

An updated policy statement and projections by the fed on Wednesday showed projections that the U.S. economy will shrink by 6.5% in 2020. While it forecasts that unemployment will drop to 9.3%  by the end of the year, the Fed projects jobless rates will remain high for years. At the end of 2022 unemployment projections will just fall to 5.5% and only slip to 4.1% in the long term, according to the Fed. Also, an additional 1.54 million Americans filed for unemployment claims Thursday but beat the Econoday consensus expectations of a 1.565 million figure.

"We have to be honest that it's a long road," Jerome Powell, the Fed chairman, said following the release of the projections.

He added, "It's — depending on how you count it — well more than 20 million people displaced in the labor market."

While a second wave was always on the calendar, but investors pushed that to the side after positive vaccine news reopenings across the U.S over the past month or so. But now, that threat has grown in new hot spot states including California, Arizona, Texas, and Florida. Those states have seen a recent spike in cases and hospitalizations after lifting lockdown restrictions and reopening businesses.

"Up until yesterday financial markets didn't appear overly concerned about the prospect of a second wave," Michael Hewson, the chief market analyst at CMC Markets UK, wrote in a Thursday research note.

But, he continued, the "prospects appear to have concentrated minds in the wake of recent gains, and sending the usual suspects of travel, as well as oil and gas stocks sharply lower."

The selloff featured major airlines including American Airlines Group (Nasdaq: AAL) and oil and gas stocks such as ONEOK, Inc. (NYSE: OKE), and Exxon Mobil Corp. (NYSE: XOM), making those stocks some of the biggest large losers on Wall Street. Taking the biggest hit of the three was ONEOK,  plunging 14% to $35.87 per share. The stock in American Airlines plummeted 12% to $14.98 per share, while Exxon fell 5% to $47.94 per share. Western Texas Intermediate Crude Oil also collapsed, slipping 6% to $36.68 per barrel by midday.

While the U.S. is still seeing more than 20,000 cases a day, this might pale in comparison to the second wave in autumn when the weather cools. At this point, all we can do is hope for a vaccine as quickly as possible.

YOU MAY LIKE
Prev：360 Finance Could Start Hong Listing Process as Soon as December Next：500.com Shares Plummet