The next step is getting approval from China regulators to proceed with Phase 3 and building a manufacturing center. 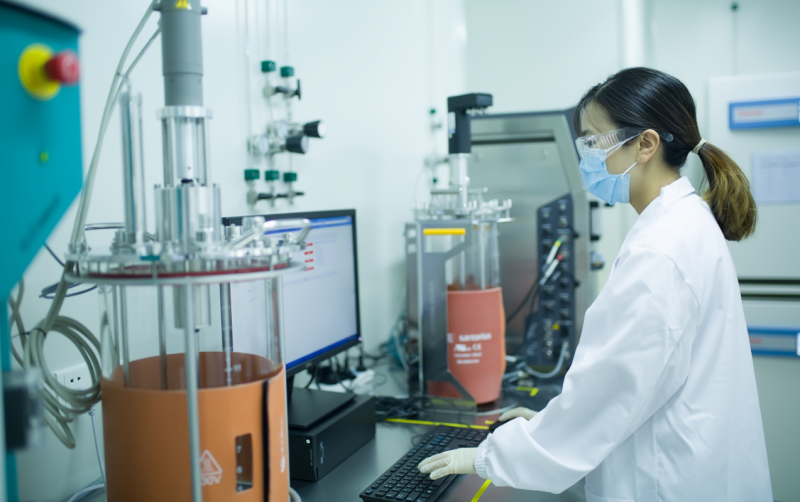 The company, formerly listed on the Nasdaq as "SVA," issued a statement on Saturday saying its Covid-19 vaccine candidate showed it "can induce positive immune response." Sinovac expects to submit a Phase 2 clinical study report and a protocol for Phase 3 trials to China's National Medical Products Administration (NMPA) "in the near future."

Sinovac said the Phase 1/2 trials were randomized, double-blind, and placebo-controlled, and involved 743 healthy volunteers. No adverse effects were found.

Chairman, president, and chief executive of Sinovac, Weidong Yin, said in the statement that the company is investing in building a manufacturing facility to mass-produce the vaccine "for global use."

Sinovac is working with Instituto Butantan in Brazil to conduct a clinical study overseas.

At home, Sinovac is racing against CanSino Biologics Inc. (HKEX: 6185). In mid-May, CanSino published peer-reviewed study data in the Lancet on its Ad5-nCoV, which showed the candidate appeared to be safe, well-tolerated, and able to trigger an immune response. Canada has also approved its Phase 2 trial application.

CanSino has also scored a deal with Vancouver's Precision NanoSystems to develop an mRNA lipid nanoparticle vaccine against Covid-19.

Sinovac said it began developing a coronavirus vaccine as early as January. In April, it launched human testing of the experimental drug in collaboration with a state-owned research center, the Wuhan Institute of Biological Products.

Sinovac's stock has been frozen at $6.47 per American depositary share as two groups of investment firms headed by the company's top management have been fighting over its privatization. Ultimately, CEO Yin is battling Aihua Pan, the chairman of a subsidiary, Sinovac Beijing. The two groups share a history of bribery accusations, attempts of a forced physical takeover, and court battles. In February, as Reuters reported, Sinovac activated a shareholders' rights plan, also called a "poison pill" takeover defense.

YOU MAY LIKE
Prev：Hong Kong Stocks Fall for Fourth Consecutive Day Next：Hertz to Investors: Your Stock is Worthless