Chinese Industrial Production and Retail Sales Rise in May

Chinese industrial output in May grew slowly with gradual improvement in retail and employment. 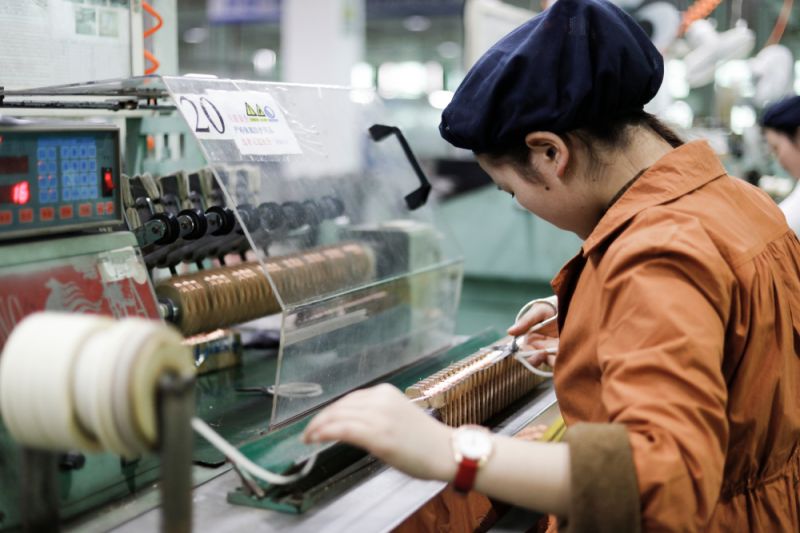 China's statistics authority announced on Monday positive economic indicators for May, noting that the positive growth in the second quarter still depends on the economic recovery in June.

Total retail sales of consumer goods fell by 2.8% year-over-year in May but rose by 0.8% in the month compared to April, reaching 3.1 trillion yuan($448 billion), according to the official data on Monday.

Notably, China's online retailing continued to soar in the first five months in 2020. From January to May, the online retail sales in China reached 4 trillion yuan($574 billion) with a year-over-year increase of 4.5%, among which food and consumer goods increased 37% and 15% representatively.

In addition to the boost in consumer spending, China's industrial growth has accelerated in May.

The added value of the industrial enterprises in May increased by 4.4% year-over-year and has been growing for two consecutive months. Of the 41 major industrial sectors, 30 industries, or 73% of all industries, showed positive growth in added value for the month.

"In May, the growth rate of industrial electricity consumption was faster than that of the previous month," Linghui Fu, the spokesman of the National Bureau of Statistics, said on Monday.

"The electricity consumption of the service industry and the volume of railway freight increased, turning positive," Fu added.

China's high-tech manufacturing increased by 3.1% year-over-year. The output of 3D printing equipment, smartwatches, integrated circuit wafers, and charging piles increased by more than 70% from the same period in 2019.

"Whether economic growth can be turned positive depends on the economic recovery in June," Fu said.

The Purchasing Managers Index (PMI) of May, announced on May 30, in the world's second-largest economy declined to 50.6 points, but still above the threshold (50 points) for economic trends in manufacturing expansion.

The unemployment rate in May was 5.9% in the national urban survey, down 0.1 percentage point from the previous month.

"Although the main indicators continued to perform better in May, many indicators were lower than the same period last year," Fu said.

He said that China's economy has not yet returned to pre-virus levels. China reported that its first-quarter GDP contracted by 6.8% from the same period in 2019, representing the first decline since official quarterly GDP records began being recorded in 1992.

However, a new COVID-19 outbreak in Beijing brought a renewed threat to economic recovery after dozens of new infections were reported in the capital.