At 49 million registered users, Blued is eyeing to expand further with new capital. 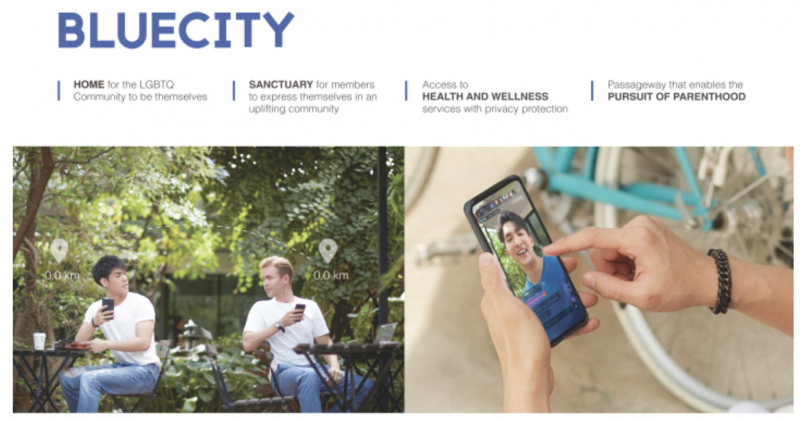 "Our story started in the year 2000, when our founder, Mr. Baoli Ma, a closeted policeman by the alias ‘Geng Le,' founded one of China's first and most influential LGBTQ online forums, Danlan.org."

This is perhaps the best opening to a prospectus summary the U.S. Securities and Exchange Commission has ever seen.

BlueCity goes on to say, "Homosexuality was removed from an official list of mental illness in China the next year."

The story continues to the establishment of mobile app Blued in 2011, when Ma resigned from the police. Now, the app counts 49 million registered users. The number of average monthly active users, the company said, was 6 million in the first quarter. Those users are primarily located in Asia.

Citing commissioned research by Frost & Sullivan, BlueCity said it was the world's leading LGBTQ platform in terms of average MAUs last year. In China, India, Korea, Thailand, and Vietnam, it claims to be the largest in a number of parameters. Outside of China, it has yet to grow its revenue stream.

Frost & Sullivan went so far as to predict the growth of the LGBTQ population. By 2023, the prospectus said, the number of people who identify as LGBTQ is expected to grow to 591 million from 450 million in 2018. Along with that, the demand for services in the social and entertainment sectors, as well as health consulting, online pharmacy, and assisted reproductive technology is expected to increase. 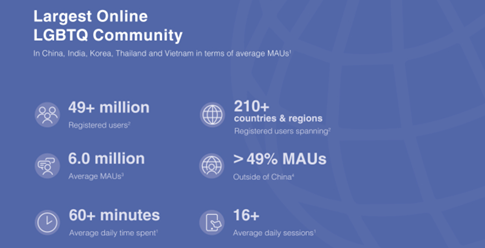 For the first quarter, it reported revenues of $29.3 million on losses of $1.1 million.

The company had $39.4 million in cash and cash equivalents as of March 31.

The Beijing-based company seeks to sell its American depositary shares on the Nasdaq Global Market under the symbol "BLCT."

Among the company's backers is Vision Knight Capital (VKC), a consulting-first private equity fund founded by Zhe (David) Wei, former chief executive of Alibaba Group (NYSE: BABA; HKEX: 09988). Wei has served as a director of Blued since 2016. Prior to the IPO, he holds a 4.4% stake in Blued.

Wei told CapitalWatch in an interview that he looks for companies with a balanced team that are "sales-motivated, highly incentivized," or have a strong track record.

He said he learned to "grow your talents" during his role at Alibaba.

"You do not just invest in business, you are dealing with people. The key thing in our industry is to find the right people. If you grow your people, your business will naturally grow."

YOU MAY LIKE
Prev：NIO Accelerates to Highest Price in Over a Year Next：Low Inflation Makes Powell a Dove. How Does It Affect Gold?