Tencent reportedly aims to add iQiYi to its entertainment portfolio. 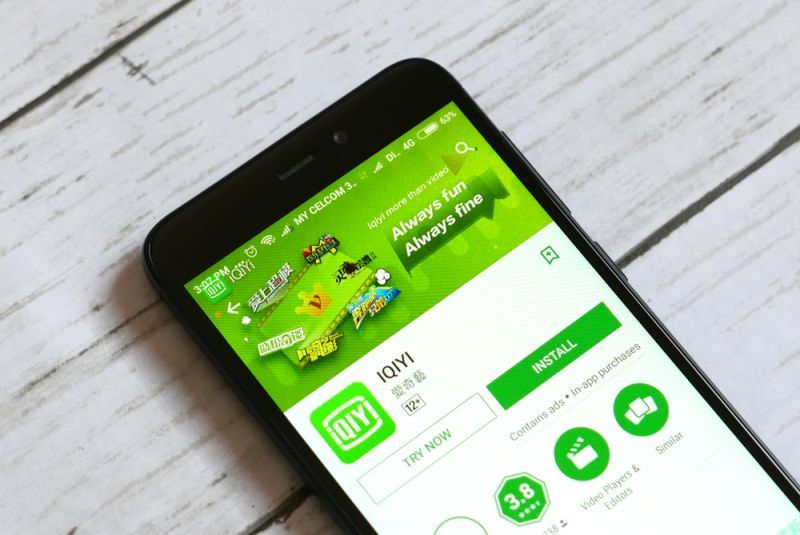 The synergies are clear between the Chinese entertainment giant Tencent and "China's Netflix" iQiyi. Such a team would increase bargaining power in China's video industry, enhance the ability to produce and purchase content, and lower marketing costs associated with competing with one another, people close to the deal told Reuters.

Plans are early stage and subject to changes, reports indicated.

On the basis of the average daily use time, iQiyi and Tencent video ranked first and second respectively in the video app ranking in September 2019, according to data from Analysys Qianfan.

IQiyi reported on May 18 that its total revenue was $1.1 billion in the first quarter, up 9% from the same period in 2019. The company's video-streaming service hit a milestone of 100 million paying subscribers in June 2019 and 110 million as of March.

Notorious short-seller  Wolfpack questioned the quality of iQiyi's prospectus in 2018 and concluded that iQiyi is another "Luckin Coffee" instead of the "Netflix Of China."  To compare, California-based Netflix has a market capitalization of $191.8 billion as of Tuesday and posted $5.8 billion revenue for the three months through March, up 28% year-over-year.

IQiYi on June 12 announced the appointment of a former Netflix executive to boost its international footprint. The company launched its international application in June 2019 and plans to push into overseas markets including Malaysia, North America, and Japan.

Tencent also has world domination in its sights, continuing its entertainment expansion domestically and internationally. The giant broke into the U.S. music market after purchasing a stake from recording giant Universal Music Group and Warner Music Group; it launched its own Tencent Music Entertainment Group (NYSE: TME) in a 2018 IPO.

Huateng Ma, the founder of Tencent, sold HK$4.27 billion ($550 million) shares from June 9 to June 12 through Advance Data Services Ltd., according to a filing with Hong Kong Stock Exchange. The sale followed another sale from January 14 to 17, when Ma sold 5 million shares to cash out HK$2 billion ($260 million).