The number of registered users increased to 101.4 million as the financial services provider continues to navigate the tightly regulated industry. 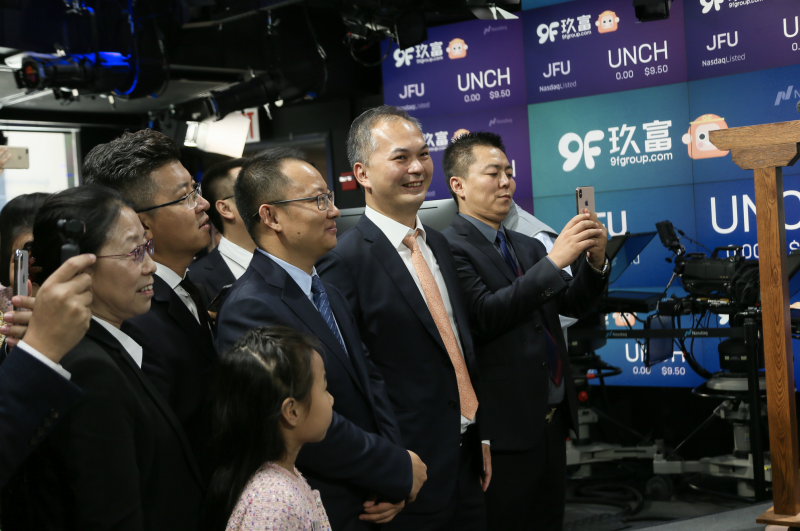 9F Inc. (Nasdaq: JFU) announced Wednesday a high number of loan originations and an increased number of registered users in the fourth quarter.

In a statement today, the Beijing-based financial services provider said its loan origination volume soared 62% year-over-year to $2.1 billion. As of December, its number of active users hit 101.4 million, an increase of 40% compared with the same period in the preceding year.

The financing services sector in China has become a challenging one. Many fintech companies have fallen by the waist side, unable to navigate the tricky regulatory waters. 9F, however, seems to be the exception, illustrating an adept ability to manoeuver through the tightly regulated industry to generate growth.

"In order to maintain compliance with industry regulations, we downsized our loan origination volumes and decreased the outstanding loan balance for loans under our online lending information intermediary services," Lei Sun, the chairman and chief executive officer of 9F, said in a statement today.

He added, "We have also prepared ourselves to adapt to new regulations, and believe we are well-positioned for any regulatory changes."

While further expanding overseas in Southeast Asia, 9F has also continued to develop new cloud-based technology in efforts to provide highly customized services to its users and partners, which are primarily licensed financial institutions. It has also been enhancing its e-commerce channels including its shopping hopping platform of 9F One Mall, formerly known as One Card Mall.

In early trading, 9F's stock was trading 6% lower from Tuesday's close, at $5.95 per American depositary share. The company trades little shares on average, creating a relatively stable albeit illiquid trading market. Since the stock market selloff in late March and April in the midst of overall market malaise, the stock has not yet fully recovered, offering what could be an opportunity for new and existing shareholders at the current price point.

The company said it is undergoing a legal dispute with PICC Property and Casualty Company Ltd. Guangdong Branch. 9F claims that the PICC is obligated to pay 9F service fees under the partnership and is seeking damages of around 2.3 billion yuan, which would cover outstanding service fees and payment losses. As a result, the company suspended its cooperation with PICC on new loans under its direct lending program since December 2019.