The world's largest movie chain is under scrutiny for not making moviegoers wear masks. 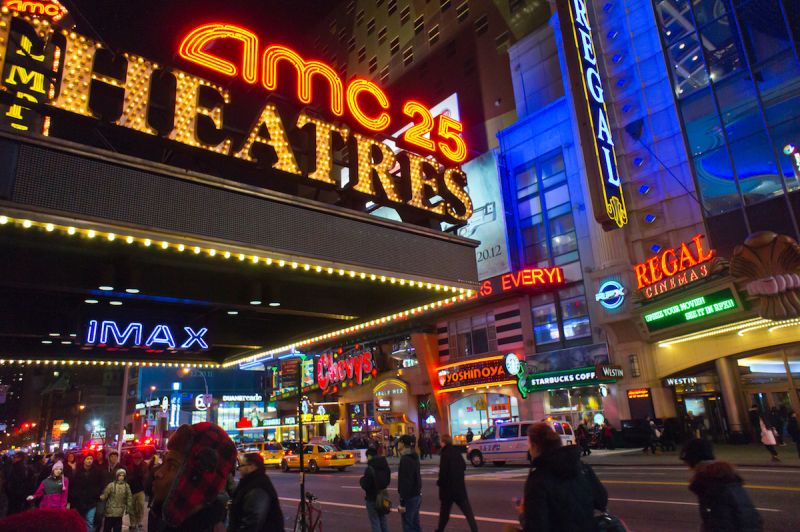 The stock in AMC Entertainment Holdings, Inc. (NYSE: AMC) rose nearly 6% to $5.95 per share by midday Friday on plans to reopen hundreds of its theaters.

The world's largest movie chain will resume theater operations in a four-phase approach with around 600 of its U.S. theaters reopening by late July, according to a statement released Thursday after markets closed.

Under Phase 1, which is set to begin on July 15, AMC will allow a maximum of 30% seating capacity for each showtime across the U.S.  In Phase 2,  it will allow seating capacity to rise to 40%, though it has not given a definitive date on when that will begin.

AMC expects Phase 3 to commence by Labor Day weekend, in which capacity will be limited to 50%. By Thanksgiving, AMC anticipates theaters will operate at full capacity.

The reopening comes in time for the release of highly anticipated films like Mulan and Tenet, set to premiere on July 24 and July 31 respectively.

While AMC will implement safety protocols and require all employees at its theaters to wear masks, the same mandate does not apply to guests.

"We did not want to be drawn into a political controversy," Adam Aron, the chief executive officer of AMC, said in an interview with Variety.

He added, "We thought it might be counterproductive if we forced mask-wearing on those people who believe strongly that it is not necessary. We think that the vast majority of AMC guests will be wearing masks. When I go to an AMC feature, I will certainly be wearing a mask and leading by example."

The comments appeared to infuriate Twitter users, who proceeded with the trending hashtag #BoycottAMC. 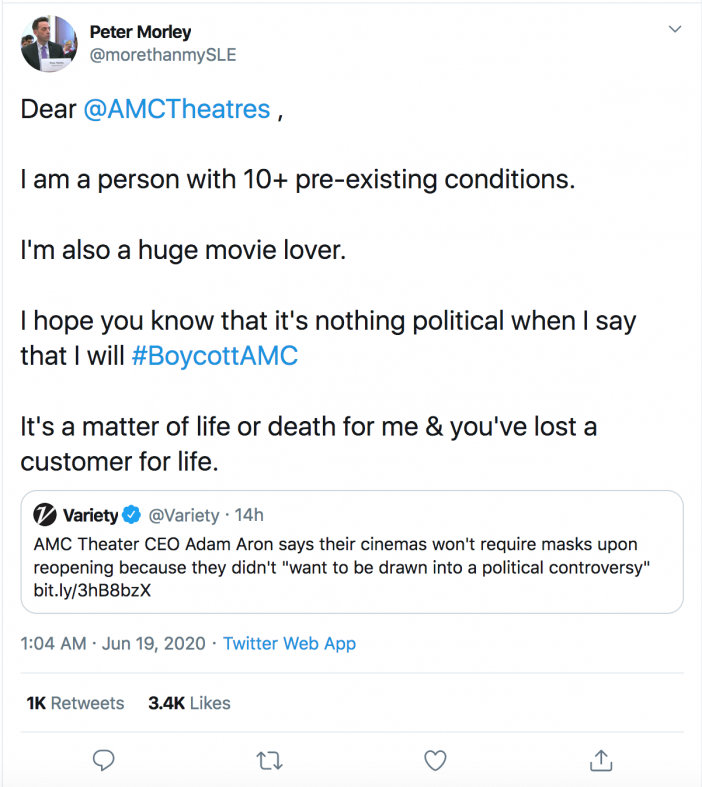 "Enjoy not having the business of those of us who don't see mask-wearing as a ‘political controversy' but as a necessary step to protect our loved ones," film critic Dan Murrell tweeted.

He continued, "I think this is an incredibly irresponsible stance."

The Kansas-based company isn't alone in its stance. Regal Cinemas and Cinemark Holdings, Inc. (NYSE: CNK) also did not make masks mandatory for guests in its reopening plans this week.

In all likelihood, AMC will be forced to make masks mandatory, as the debt troubled company cannot afford to make its situation worse with would-be customers.

Though it is set to reopen, earlier this month AMC warned that it may not be able to survive the disruption caused by pandemic,. Many analysts have speculated that AMC's only path to survival may be to file for Chapter 11 bankruptcy. The online retail giant Amazon.com (Nasdaq: AMZN) has expressed interest in acquiring the theater titan, as the Daily Mail reported in May.

While the news today is good for AMC shareholders today, there is still much uncertainty ahead.

But if you're a longtime investor in AMC and you've made it this long, you might as well see what how this movie turns out.

YOU MAY LIKE
Prev：LightInTheBox Shares Jump 11% on Doubled Revenue Projections Next：Will the Second Wave Trigger Rally in Gold?