Will the Second Wave Trigger Rally in Gold? 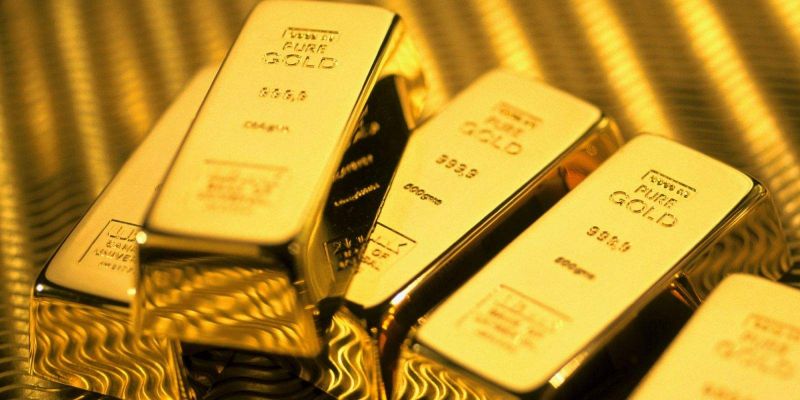 The initial health crisis seems to be under control in many countries, including the US. The situation is stabilizing and the governments are easing quarantine restrictions. And, importantly, the number of daily confirmed deaths in the US has peaked in April and has been declining since then, as the chart below shows.

Chart 1: The number of daily confirmed cases in the United States (as a rolling 7-day average) from December 2019 to June 2020 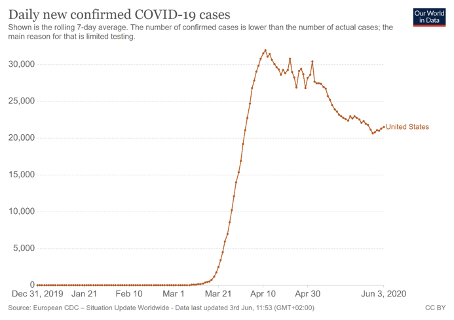 However, this is not the end of the epidemic. Many epidemiologist warn now against the second wave of infections, especially if people stop distancing socially too quickly. For example, Dr. Zhong Nashan, a leading Chinese epidemiologist, has recently said that a lack of immunity among Chinese residents could be a cause for concern in spurring another wave of infections. Are these warnings sensible and what do they imply for the gold market?

Nobody knows for sure. On one hand, as people put themselves into quarantine long before the governments mandated them to do, they are likely to socially distance even after the Great Unlock. Thus, the second wave may never arrive. Instead, we will have one but prolonged wave with a steady influx of new infections.

On the other hand, for the pandemic to disappear, we need herd immunity, so more than half of the population (at least half, as we could need even 70 percent) would have to be immune either from a prior infection of from a vaccine. And we have bad news here. The vaccine will not arrive in the very near future, while we are still a long way from developing the herd immunity. According to the recent Spanish study, only five percent of Spain's population has been infected, so far. In the US, even in the hardest-hit communities like the New York state, only 14 percent of residents have been infected at some point by the coronavirus. These results are really frightening, as they show that the disastrous outcomes in Spain or New York are not even close to the worst-case scenario.

It means that either society will distance socially until the vaccine arrives, which could be difficult due to the economical and psychological constraints, or the second wave is inevitable.

History also suggests that the second wave is possible. After all, historians have counted eighteen waves of the bubonic plague of Justinian, although over more than two hundred years, stretching from 541 to 750. More recently, the Spanish flu attacked in three waves (in some areas even in four waves), partially because the authorities eased the restrictions too early. Please remember that the second wave of the 1918 pandemic was much more deadly than the first one.

And, when it comes to the coronavirus, all countries that seemingly contained the virus – Germany, Japan, Singapore, and South Korea – were hit by the second wave, although a not very large one, as the chart below shows, these countries were adequately prepared to combat Covid-19 from the very beginning. 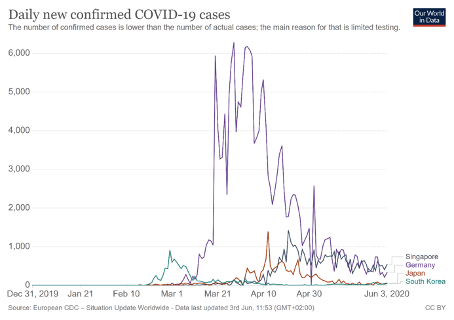 What would the second wave mean for the gold prices? Well, assuming a similar impact as in the first wave, the price of gold should go up, but not before plunging. Given that the yellow metal appreciated around 8 percent since the stock market crash on February 20, 2020, the gold price could ultimately (after a not inevitable from the fundamental point of view, but certainly a possible – decline) reach almost $1,900, assuming another 8-percent upward move.

However, the second wave does not have to bring similar effects to the first wave. As people have become accustomed to the epidemic, its impact may be weaker. The second wave may be also partially already priced into gold. And just as the simple SIR models of the epidemic turned out to be too gloomy, the second wave may be less deadly than many epidemiologists fear. Such a scenario would be less favorable for gold and we could see some correction then, although the fundamental outlook should remain bullish.

On the other hand, given the level of complacency in the US stock market and still, common hopes for the V-shaped recovery, the second wave of infections might be like a cold bucket of water poured onto heated investors' heads. Such a scenario seems to be more positive for the gold market, although initially, the price of gold could drop together with the stock market.

Which scenario is more probable? I wish I knew! But generally, people react the most to new, unknown threats, so they should react less vividly in the future to coronavirus-related risks, especially that the authorities should be better prepared. Remember quantitative easing? The first round was very supportive for the gold prices, while the last one not so much. Similarly, the subsequent rounds of infections could have less and less impact on the financial markets. However, some people are already fed up with the epidemic and hope that life is getting back to normal. The second wave could crash these hopes, especially if it is worse than the first one, as was the case with the Spanish flu.

Anyway, one thing is certain, life is not likely to be completely "normal" for a significant time, perhaps until a vaccine is widely distributed. And gold prefers such abnormal, exceptional times more than boring business as usual!

If you enjoyed the above analysis and would like to know more about the links between the coronavirus crisis and the gold market, we invite you to read the June Market Overview report. If you're interested in the detailed price analysis and price projections with targets, we invite you to sign up for our Gold & Silver Trading Alerts. If you're not ready to subscribe yet and are not on our gold mailing list yet, we urge you to sign up. It's free and if you don't like it, you can easily unsubscribe. Sign up today!