Stock in the Chinese solar module maker has been sliding since early March. 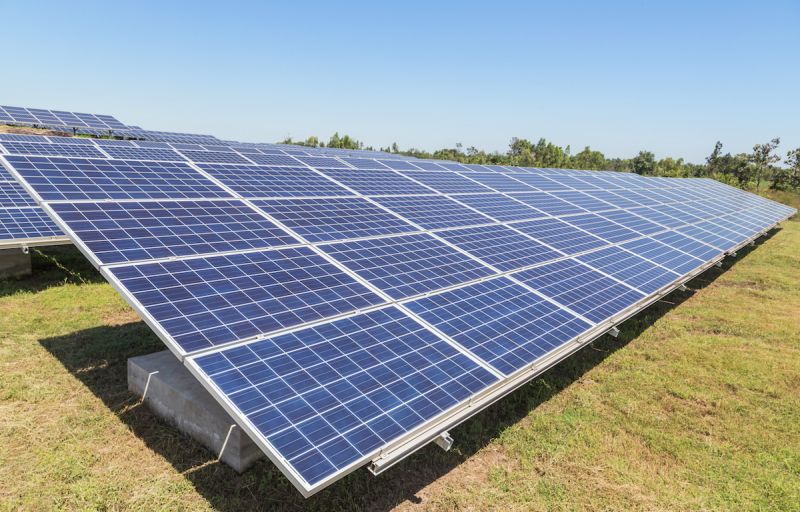 The Shanghai-based maker of solar modules said in a statement that the area is roughly 10 kilometers outside the city of Calama in the Antofagasta Region will also have a 90 MW wind farm. The hybrid PV plant will use around 154,710 of JKS' bifacial panels to produce a projected 184 GWh of electricity annually.

"This is the first project in Latin America to be equipped with our bifacial modules containing transparent backsheets," Alberto Cuter, the general manager of Latin America for JKS, said in the statement.

He added, "Chile is the largest market for utility scale projects and we are continuously promoting our highest-quality modules in order to support the development of renewable energies in Chile and across Latin America. The PV plant equipped with our bifacial modules has already generated one of the lowest LCOE and is able to compete with traditional energy sources."

After the announcement, the stock in JKS was trading 2% lower, at $15.70 per American depositary share, by midday. The stock has been on a slide after a March short-seller report by Bonitas Research. The firm alleged that JKS conducted fraudulent business practices.

The outbreak of Covid-19 in the U.S., as well as cuts in solar subsidies, have likely contributed to the company's shares plummeting 30% to date from early March.

In addition to Chile, the company operates in China, the United States, Japan, Germany, the United Kingdom, South Africa, India, Mexico, Brazil, the United Arab Emirates, Italy, Spain, France, Belgium, as well as other countries and regions. According to JKS, it has constructed an integrated annual capacity of 16 GW in solar modules, as of March.

The construction of the hybrid PV plan in Chile is expected to be completed in early 2021.

YOU MAY LIKE
Prev：The S&P 500 Wall of Worry Got Steeper on Friday Next：Buyout Binge: Chinese Companies Listed in U.S. Look to Go Private