China is also facing boycotted goods, raised tariffs, and bans on investments in India after a violent border clash. 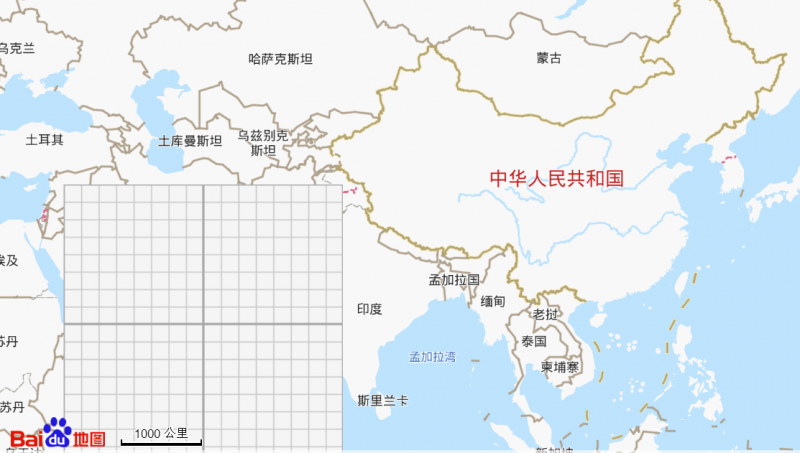 Earlier this month, a confrontation at the India-China border in the Himalayas left 20 Indian military personnel and an unknown number of Chinese dead as a result.  India responded to the clash with a boycott on Chinese goods (photos of ripped-apart electronics and burning posters of Chinese President Xi Jinping are now circulating in the media).

New Delhi said it will ban Chinese investment and raise tariffs on Chinese imports in a gesture all-too-familiar to Beijing and Washington.

The spat has spilled over to the digital border between two nations, with India banning a slew of apps it claimed were "engaged in activities which is prejudicial to sovereignty and integrity of India, defense of India, the security of state and public order."

Some of the banned apps include Shein, a clothing retailer primarily used by women and girls, and ByteDance's TikTok, a social video app that had its largest overseas user base in India. The maps app of Chinese giant Baidu (Nasdaq: BIDU) has also lost its Indian users, as have social apps like WeChat, operated by Tencent (HKEX: 00700), and Weibo, owned by Sina Corp. (Nasdaq: SINA).

The government order also stated, "This move will safeguard the interests of crores of Indian mobile and internet users. This decision is a targeted move to ensure safety and sovereignty of Indian cyberspace."

Meanwhile, Alibaba Group Holding (NYSE: BABA; HKEX: 09988) seems to have evaded the same fate. Its B2B e-commerce platform Alibaba.com – servicing India since 2008 – continues its operations, selling goods from Indian mid-size businesses worldwide. Alibaba's global e-commerce platform AliExpress.com, similar to Tmall in China, is also still in business, though its sales may be affected. UCWeb, however, an e-commerce app which the Chinese giant backs, has made the blacklist.

In New York, BABA stock wavered between red and green territory, trading at $214.78 per American depositary share in the afternoon, down 27 cents from yesterday's close. BIDU stock was down 1%, at $119.87 per ADS. SINA stock slipped in early trading, but recovered in the afternoon to $36 per share, up 9 cents.

Twitter users have reacted to the apps ban with memes. 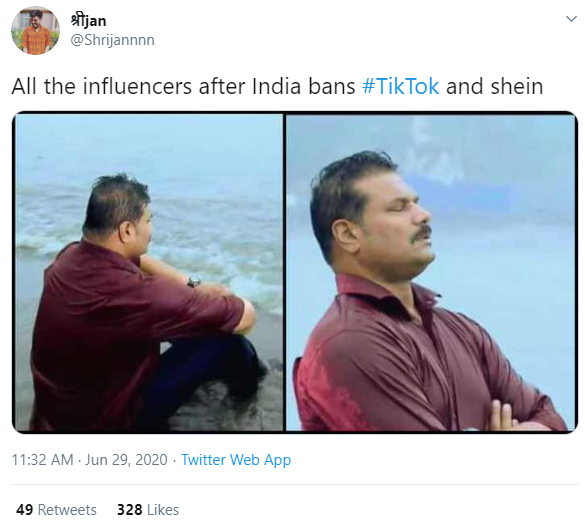 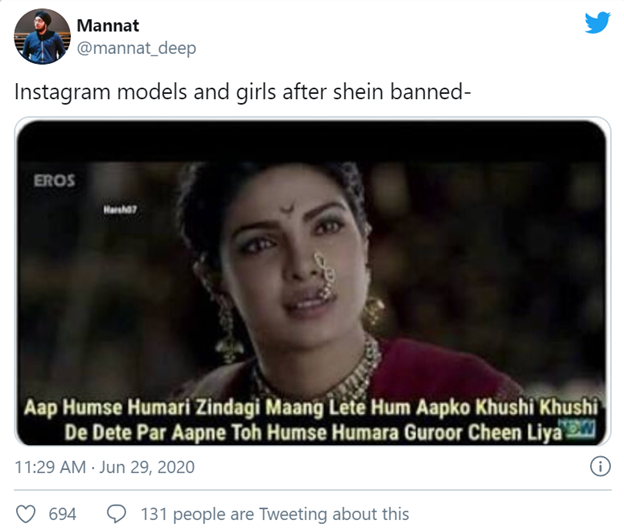 TikTok has responded to the ban in India, saying it was in the process of complying with New Delhi's order and with data privacy regulations and has not shared user info with the Chinese government.