Stocks Rise on Another Month of Job Recoveries 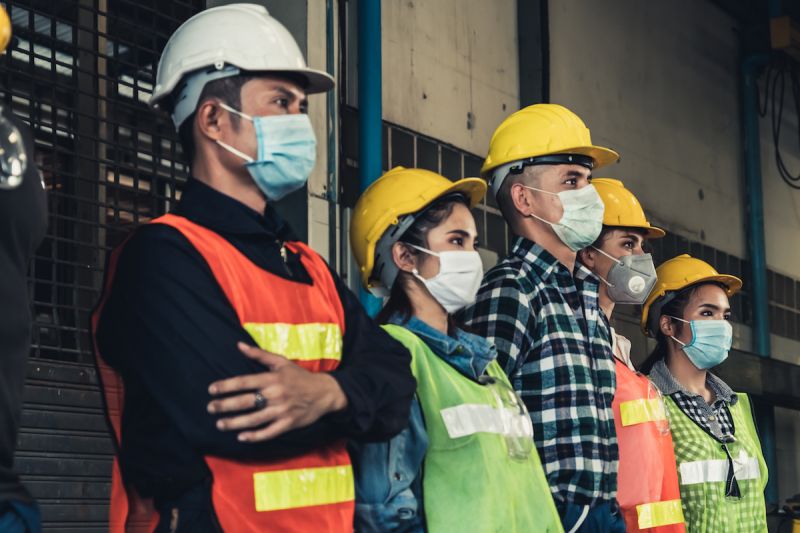 U.S. stocks soared by midday Monday, as the economy slowly continues to recover on another positive monthly employment report.

According to a report by the Bureau of Labor Statistics on Thursday, the economy gained 4.8 million jobs in June—dropping employment rate to 11.1%. The results were also much better than expected, as economists surveyed by Dow Jones projected jobs to rise by 2.9 million and unemployment to drop to just 12.4%. The news follows the shocking jobs report for May, which showed unemployment fell to 13.3%.

"Today's announcement proves that our economy is roaring back. It's coming back extremely strong," said Trump.

He added, "These are historic numbers." 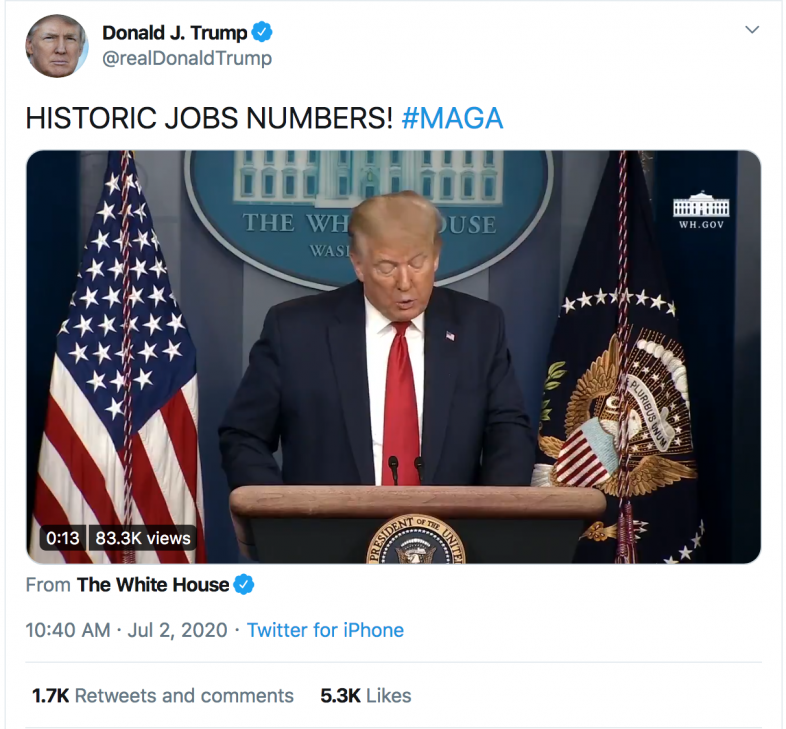 However, there is still a long way to go as the U.S. is still down more than 14 million jobs from February.

"The 4.8 million rise in non-farm payrolls in June provides further confirmation that the initial economic rebound has been far faster than we and most others anticipated," Michael Pearce, a senior U.S. economist at Capital Economics, said.

He continued, "But that still leaves employment 9.6% below its February level and with the spread of the virus accelerating again, we expect the recovery from here will be a lot bumpier and job gains far slower on average."

The spread of Covid-19 hit another record of cases on Wednesday—with infections hitting nearly 53,000. The new hot spot states including Arizona, Florida, and Texas have been forced to roll back reopenings. Dr. Anthony Fauci warned earlier this week that the U.S. could see 100,000 new Covid-19 cases per day if the country does not get its act together.

Sure, there is a belief that a vaccine could be available by as early as the end of the year, but the short term fix is making masks mandatory. New York was the first to do so in April and now has become the state with one of the lowest infection rates in the country.

A plateau of unknowns lie ahead, with the reopenings across the U.S. slowing down recovery from the epidemic.