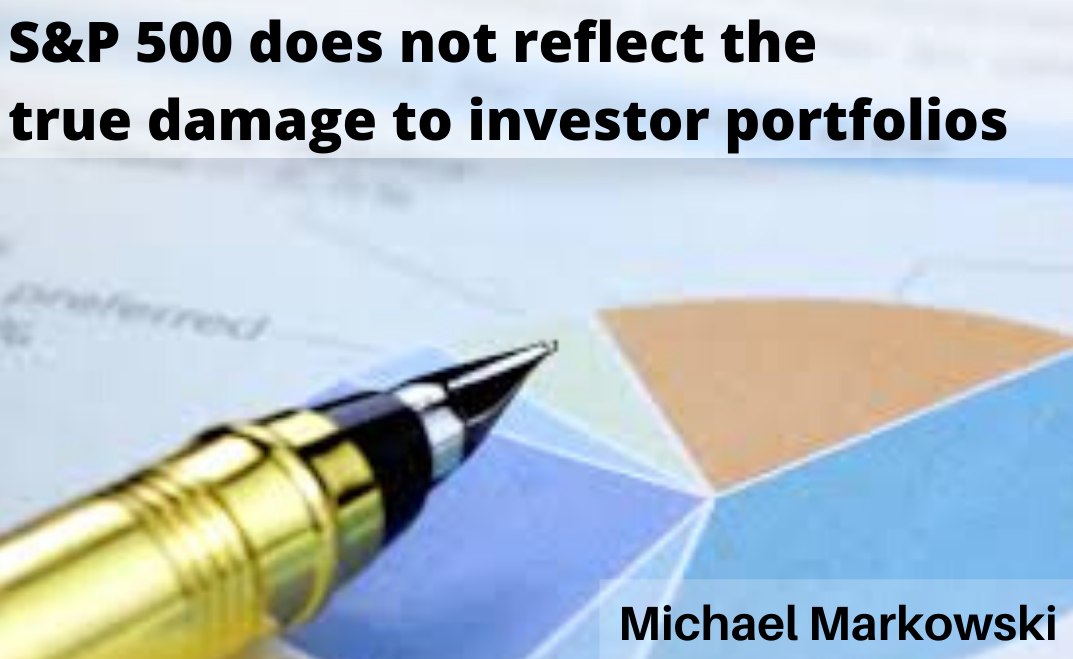 The S&P 500 which has declined by 3.1% since the beginning of 2020 does not reflect the true state of the stock market and the damage that has been done to investor portfolios. For the year through July 5, 2020, only four of the S&P 500’s eleven sectors are up.

Without the gains from the technology sector which represents 25.7% of the S&P 500 in the pie chart below the index would be a lot lower.  Those investors who have anything but technology stocks in their portfolios likely have significant losses.

The four stocks that have led the index since the 2009 bear market bottom are Amazon, Google, Microsoft and Apple. The four as depicted in the chart below outperformed the S&P 500 by between 2.5 times for Google and 12 times for Amazon from the March 2009 lows to July 2, 2020.

There is no doubt that the four are the most valuable companies in the world.  The Covid-19 pandemic has accelerated the transformation to the digital from the brick and mortar economy. The spreading of a virus and the shut-down was the best thing that happened especially for Amazon. To survive everyone, including the young and the old, had no choice but to become digitally literate.

The question that should be on every investor’s mind is just how much further can the share prices of these four companies increase? If they falter the entire stock market could crater.

Investors who have diversified portfolios which include these four should strongly consider to cash in.   Losses can also be taken on brick and mortar holdings to offset the potential income tax liability from harvesting the gains.  The proceeds from the liquidations can be utilized to engage a registered investment advisor to:

Dynasty Wealth assists registered investment advisors to populate their startup portfolios with startups that have 10 to 100 times upside potential within five years.  Two of Dynasty Wealth’s current startups which are also available to members are extremely rare since both:

To put the two above digital publishing LLC opportunities in perspective, had Google funded itself through an LLC the cash flow to its partners would have been staggering.

Dynasty Wealth is very selective about the startups that it lists.  After a startup is added Dynasty Wealth makes it a priority to help the company and most especially the investors to become successful. To receive information about Dynasty Wealth’s startups, click here.

To be referred to a registered investment advisor click here.