Up 6% on the news, Uber has been looking to expanding food delivery services to compensate for lost ridesharing revenue. 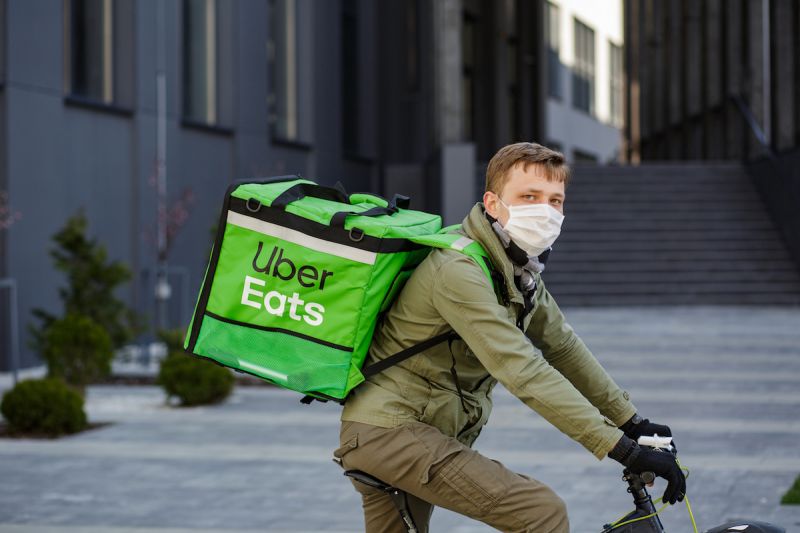 Shares of Uber Technologies, Inc. (NYSE: UBER) soared nearly 6% by midday Monday on it striking a deal to buy Postmates in a roughly $2.65 billion all-stock transaction in an effort to enhance its food delivery operations.

Under the agreement, vice president Pierre-Dimitri Gore-Coty will continue to run the ride-sharing providers delivery operations Uber Eats, as reported by Bloomberg. Meanwhile, Postmates' will operate as a separate service, still under the leadership of chief executive officer Bastian Lehmann and his team.
Uber has confirmed the report of a deal.

"Uber and Postmates have long shared a belief that platforms like ours can power much more than just food delivery — they can be a hugely important part of local commerce and communities, all the more important during crises like Covid-19," Dara Khosrowshahi, the CEO at Uber said in a statement on Monday.

California-based Uber has been looking to expand in food delivery as the coronavirus crisis has limited travel. In Uber's first-quarter conference call, Khosrowshahi said its ride business tanked roughly 80% in April. According to Khosrowshahi, second-quarter bookings on Uber Eats have soared more than 100% year-over-year.

Now, Uber will look to play catch up with the U.S. market leader DoorDash, which controlled 44% of the market in May, according to analytics firm Second Measure. Meanwhile, Postmates accounted for 8% of the market in the month. Postmates was valued at $2.4 billion when It raised $225 million in a private fundraising round in September 2019.

According to the statement today, the deal is expected to close in the first quarter of 2021. Shares of Uber are up 8% year-to-date.