As Disney gets set to reopen this weekend, Bryan Goldberg has reiterated a buy rating on the stock with a price target of $146 per share. 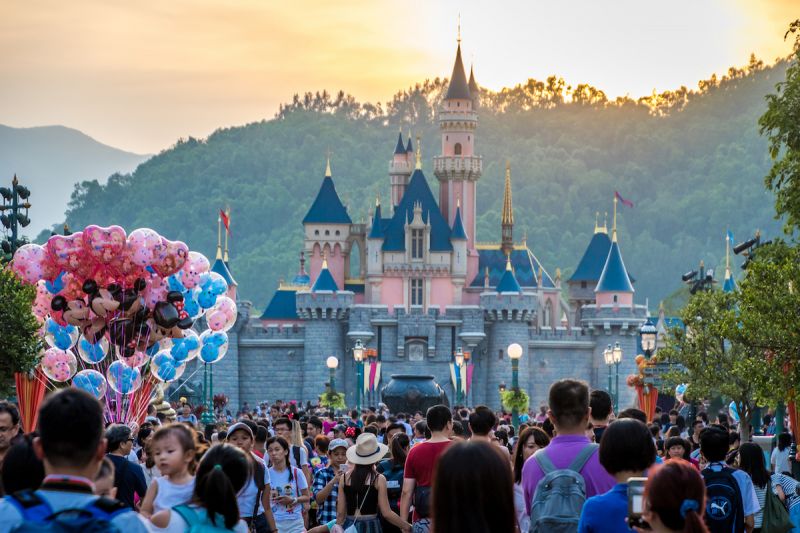 While it's been a challenging year for The Walt Disney Company (NYSE: DIS) with Covid-19 causing theme park closures and delays to popular movies, an analyst from BofA Merrill Lynch sees upside in the firm.

On Tuesday, analyst Bryan Goldberg reiterated a buy rating on the stock with a price target of $146 per share, representing 28% upside from its current trading levels. His bullish outlook comes as Disney is planning to reopen its theme parks this weekend, which includes the Magic Kingdom Park and Animal Kingdom. On July 15, EPCOT and Disney's Hollywood Studios will then follow up with reopenings in Disney World. Live professional sports are also set to return by the end of the month; Disney owns the cable sports network ESPN.

Despite the expected recovery, Goldberg now anticipates Disney to suffer losses of 52 cents per share in the fiscal third quarter, down from the previous 17 cents per share loss. He also lowered his full-year estimates and expects the company to generate earnings per share of 51 cents down from 74 cents previously.

It's also important to note that Florida is becoming the epicenter for Covid-19 infections, as it just surpassed 200,000 cases. So reopening theme parks in Orlando Florida likely won't help stop the spread of the virus in the state and you have to wonder if they'll be forced to close eventually. Also, a number of professional athletes have tested positive for Covid-19, representing a big challenge for sports leagues to justify their return to play plans.

If you're a shareholder in Disney, you should be prepared to wait eagerly for a vaccine, as a variety of unknowns remain. By midday, Disney was trading at $113.68 per share, up 5 cents from Wednesday's close. Shares of Disney are down nearly 22% year-to-date.