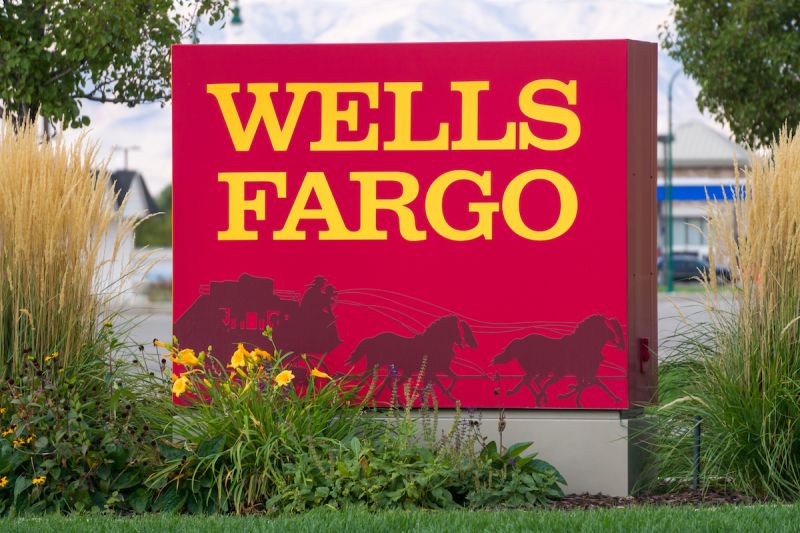 The award for the biggest sell-off today as of midday goes to Wells Fargo & Company (NYSE: WFC) after announcing wider than anticipated second-quarter losses and revenue that missed expectations.

Shares of the California-based firm tumbled 6% after it said its revenue plummeted 17% year-over-year to $17.84 billion on a net loss of 66 cents per share. Analysts were polled by Refinitiv were calling for a 20 cents a share loss; Wells Fargo's revenue also missed analyst's projections of $18.4 billion. The bank posted its first quarterly loss since the last economic crisis in 2008.

The silver medal goes to fellow banker Citigroup Inc., (NYSE: C) which saw shares fall 2% by midday despite beating estimates. New York-headquartered Citigroup reported revenue of $19.77 on earnings of 50 cents a share. Analysts were expecting revenues of $19.12 billion on EPS of 28 cents.

But JPMorganChase (NYSE: JPM)  is another story. The industry giant was the only big bank stock to rise after its financial report, climbing 51 cents on adjusted revenue of $33.83 billion, with an EPS of $1.38. While the results crushed analysts polled by Bloomberg, which expected revenue of $30.57 billion on EPS $1.01, Jamie Dimon, the chief executive officer of JPMorgan warned of an uncertain economic outlook.

As the United States continues to report Covid-19 cases at record heights, California, one of the hardest-hit states, was forced to roll back reopenings. Indoor operations including restaurants, bars, museums, and movie theaters have been ordered to close in the state.

New York, which has seen a dramatic fall in Covid-19 cases after being hammered by the virus earlier in the year, saw its infection rate jump to 1.5% for Monday. Gov. Andrew Cuomo says New York schools can reopen in regions with less than a 5% infection rate. New York City has opted to delay the reopening of indoor dining on fears of another spike. 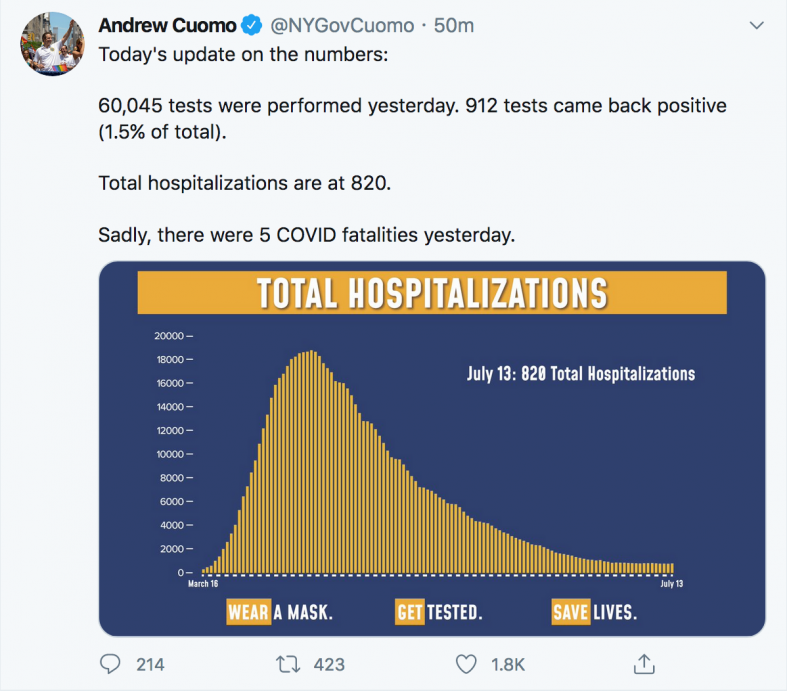 Next, investors will tune in to the Federal Reserve's comments this afternoon. Gov. Lael Brainard is slated to speak at 2:00 p.m Eastern Time, while Fed President James Bullard is scheduled to do so at 2:30 p.m. Eastern Time.