Gold During Coronavirus Recession and Beyond

How did gold behave during the last U.S. economic expansion? Let’s look... 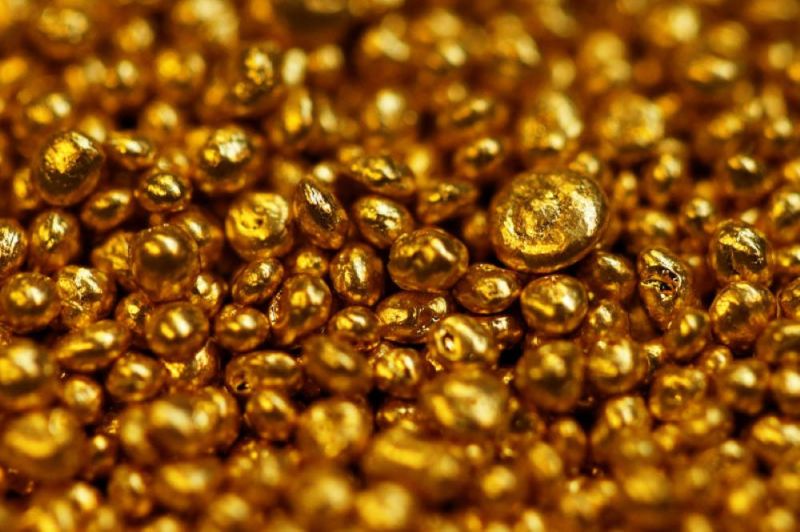 On June 8, the Business Cycle Dating Committee of the National Bureau of Economic Research stated that economic activity in the United States had peaked in February 2020 (and in Q4 2019, when it comes to the peak in quarterly economic activity), marking the start of a recession. The peak also designates the end of the expansion that began in June 2009 and lasted 128 months, the longest in the history of business cycles dating back to 1854. 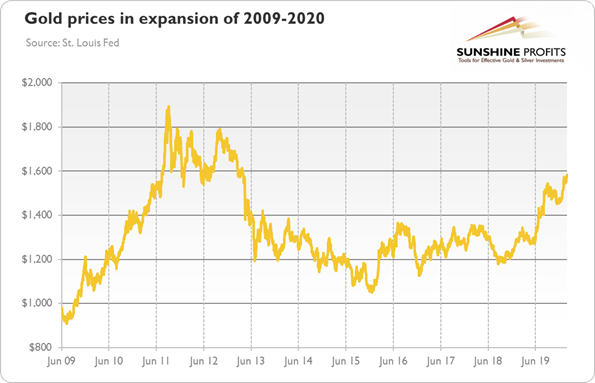 What can we learn from past gold's behavior? The first lesson is that gold can rally during an economic expansion, not only during recessions or economic crises. This is great news for the yellow metal, as it implies that the recovery from the coronavirus recession won't necessarily end the gold's bull market.

The second insight is that gold performed the best at the beginning and at the end of the expansion. It makes sense, as the last phase of expansion is already shaky and everyone worries about the recession. Indeed, in 2019, when gold entered the bull market, the U.S. economy has slowed down, while the yield curve has inverted and many market participants have already started to expect the recession.

And the initial phase of the expansion is also rather fragile and still full of uncertainty. To a large extent, the recovery in the aftermath of the Lehman Brothers' bankruptcy was driven by the easy unconventional monetary policy (quantitative easing and the ZIRP) and expansionary fiscal policy with rising federal debt. In other words, the rebound was created but not without the costs. The recovery was spurred by easy monetary and fiscal policies with significant side effects that gold reacted to.

The fact that the initial phase of the 2009-2020 expansion was very positive for the gold bulls is another great news for them. It implies that the rebound from the 2020 recession not only does not have to be bad for the gold prices, but it can actually push them higher. This is why Goldman Sachs has recently raised its 12-month forecast for gold to $2,000 – the lower interest rates and inflation worries tend to support the gold prices in this stage of economic recovery. Moreover, just as in 2008-2009, the recession was constrained by the very aggressive, easy monetary policy and the ballooning of the fiscal deficit. So far, nobody worries about the negative real interest rates and high indebtedness, but they will one day.

And the unfolding recovery may be slower than many people expect and weaker than in the past. You see, in the aftermath of the Great Recession, there was a rapid rebound of global value chains, which was a major driver of productivity growth. But now we have still broken supply relationships and a decline in the world's trade volume, so the recovery might be sluggish and the trend of the GDP growth may not return to the pre-pandemic trajectory.

In other words, investors could focus too much on the upcoming recovery. Yes, the GDP growth in the third quarter may be spectacular (the CBO expects a rebound of 5.4 percent), but the truth is that the GDP will still be below the pre-pandemic level. What is important is what will happen after the third quarter. Many analysts expect that the U.S. economy will return to normal growth, if not on its own, then aided by monetary and fiscal stimulus. However, given high household debt and corporate debt and reduced demand for many non-essential goods and services, these hopes might be delusional. People can differentiate between "needs" and "wants" and they reduce spending on travel and eating out. They will repay their debts and save more. Some businesses will not reopen and many people will not re-enter the labor market or find a new job quickly (especially that companies learned during the pandemic to do more with fewer people). Moreover, although the U.S. dollar reaffirmed its status as the safe-haven currency, the post-pandemic pile of public debt combined with Trump's nationalistic approach could weaken the greenback.

Hence, although gold may struggle a bit during the third quarter, which could be full of spectacularly positive economic news, it could appreciate later during the initial phase of a new economic expansion.

YOU MAY LIKE
Prev：Get Ready, the S&P 500 Leg Higher Is Getting Underway Next：Alibaba's Ant Group Plans Dual Listings in Hong Kong and Shanghai