The electronics retail giant's stock has nearly doubled from the pandemic-triggered sell-off in March. 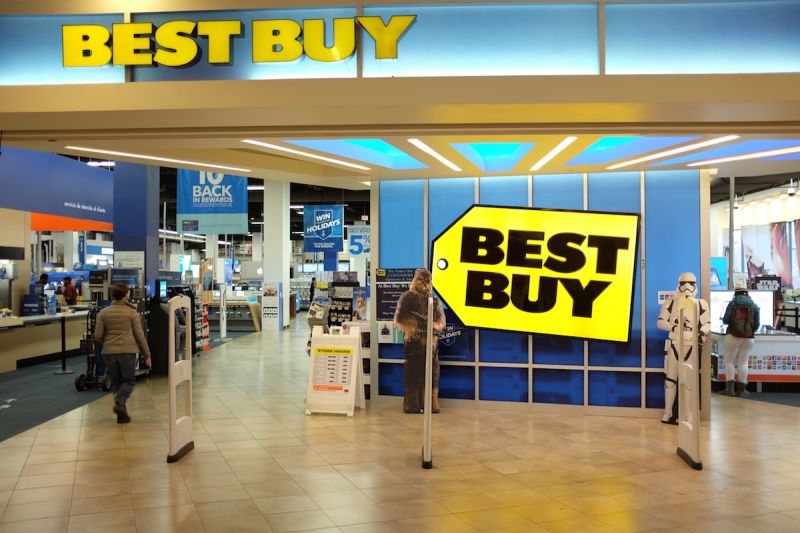 In the quarter-to-date through July 18, the electronics retail giant said in a statement Tuesday aftermarket that digital sales rallied 255% year-over-year thanks to the demand in computer appliance and tablets. Overall, sales have risen by 2.5% compared with the same period in the preceding year. Domestic sales are up 2% and sales internationally have surged to around 8%.

The news sent Best Buy to a new historic high of $99.41 per share on Wednesday. Intraday, the stock in Best Buy was trading at $98.11 per share, nearly 9% high from Tuesday's close.

"Strong consumer demand, combined with shopping experiences that emphasize safety and convenience, has helped produce our sales results to date,"

"None of this would be possible without the effort and energy of our front-line employees working in stores, supply chain facilities and customers' homes."

Even though Best Buy was forced to furlough roughly 51,000 employees and reduce pay for executives, the company said it would raise hourly wages to all U.S. workers to $15 beginning Aug. 2. The wage increase follows an announcement by another retail Target Corp (NYSE: TGT) that it would raise its employee pay to $15 per hour on July 5.

Also, in mid-June, Best Buy started to bring back around half of its furloughed staff. As of June 22, almost all of Best Buy's 1,000 stores were back open for consumers.

Now, as shareholders have enjoyed watching Best Buy's stock nearly double from a pandemic triggered sell-off in March, they will be eager to see the company's full second-quarter fiscal financials. But, it sounds like shareholders will be in for a fun ride for the remainder of the period. Shares of Best Buy are up 12% year-to-date.

YOU MAY LIKE
Prev：New Wave of Economic Stimulus Lifts Gold Next：Beijing Denies Spying, Vows to Retaliate