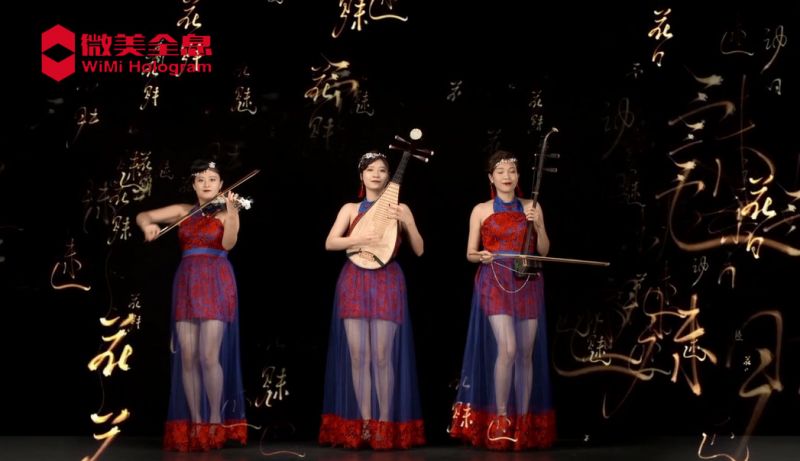 WiMi Hologram Cloud Inc. (Nasdaq: WIMI) has applied to raise follow-on capital of up to $61.8 million.

The Chinese holographic AR cloud platform lifted off in New York trading in a downsized IPO worth $26.1 million on April 1. Now, WiMi seeks to raise more than twice that amount for 7.56 million American depositary shares priced at $8.18 per share.

The company's first filing for a follow-on offering on Friday and today's pricing sent its shares significantly lower. From its Thursday closing price of $11.95 per ADS, the stock dropped Monday morning to $7.53 per share – down 33% today.

According to a press release, investors on the deal are institutional, both in the U.S. and Asia. Among them is WB Online Investment Ltd., an affiliate of Weibo Corp. (Nasdaq: WB).

In its filing, WiMi said it intends to use 40% of the proceeds from its follow-on offering "for operating expenses and the research and development of the application of holographic AR technologies in the semiconductor industry." Another 40% will fund strategic acquisitions and investments, and 20% will remain for general corporate purposes.

Entry into chipmaking is WiMi's latest development. The company, which specializes in the holographic 3D vision software application market in China, announced in late June that its Hong Kong subsidiary is venturing into "opportunities in the semiconductor sector."

WiMi said at the time that it plans to integrate with IC design companies "in the future," or to set up its own R&D chips business and work with a foundry to "facilitate the Company's strategies of extending the holographic 3D vision software from the application layer to the chip field and combining software and hardware through the holographic 3D vision software solution, namely, the strategic derivative upgrade to the semiconductor sector."

In its Friday filing, WiMi wrote, "We plan to invest in the semiconductor industry, acquire semiconductor-related assets and cooperate with chip factory in the future, so as to enhance the our technical service capability and retain current customers."

Securing the deal is The Benchmark Company LLC, which acted as the bookrunner in the IPO, as well as FT Global Capital Inc. The offering is expected to close on Wednesday.

In New York trading, WiMi set off at $5.50 per share in April and its shares went on a slow but steady slide to as low as $3.20 per share. In mid-July, its shares began seeing impressive gains and spiking as high as $24.74 after Alibaba founder Jack Ma appeared as a holographic projection at World Artificial Intelligence Conference (WAIC) in Shanghai. The South China Morning Post, which called WiMi a "relatively obscure" company, cited chief financial officer Yanghua Yang as saying the company was unaware of the reason its stock saw such gains.

Since the spike, WIMI stock has been on a slide yet again.