Though roughly 2,000 of its U.S. locations are open for "dining," the company paused further reopenings in July on skyrocketing Covid-19 cases 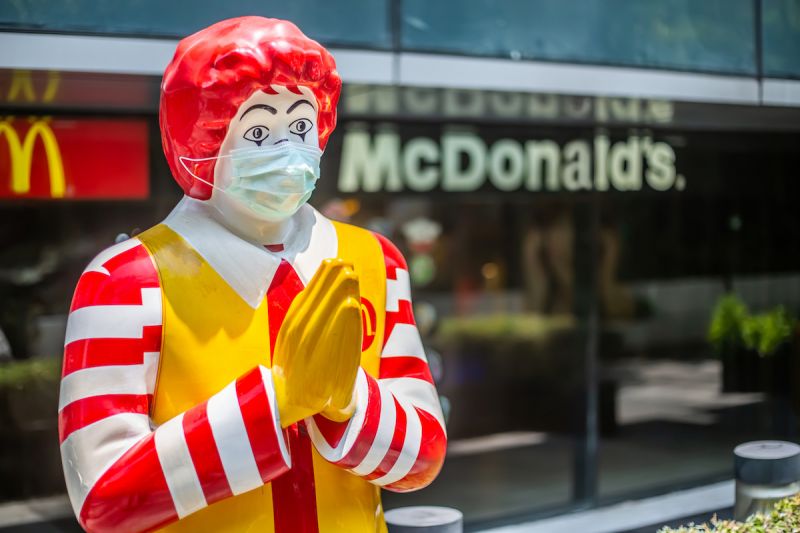 The stock in McDonald's Corp. inched 2% lower at $197.12 per share intraday Tuesday after reporting that it missed second-quarter earnings expectations.

The world's largest fast-food chain said in three months through June that revenue plunged nearly 31% year-over-year to $3.76 billion on adjusted earnings of 66 cents. Analysts were anticipating revenue of $3.68 billion on an adjusted EPS of 74 cents.

"In many markets around the world, most of notably in the U.S., the public health situation appears to be worsening," Chris Kempczinski, the chief executive officer of McDonald's said in a statement today.

He added, "Nonetheless, I believe that Q2 represents the trough in our performance as McDonald's has learned to adjust our operations to this new environment."

As some states have rolled back reopenings, McDonald's did not issue guidance. While roughly 2,000 of its U.S. locations are open for "dining," the company paused further reopenings in July because of the skyrocketing Covid-19 cases across the country.

While McDonald's has shown signs of recovery, new restrictions implemented by states could impede that progress in the third quarter.

For now, it's probably best to hold on McDonald's and take a look at grocery stocks, as people may lean heavily towards cooking at home again in the third quarter.