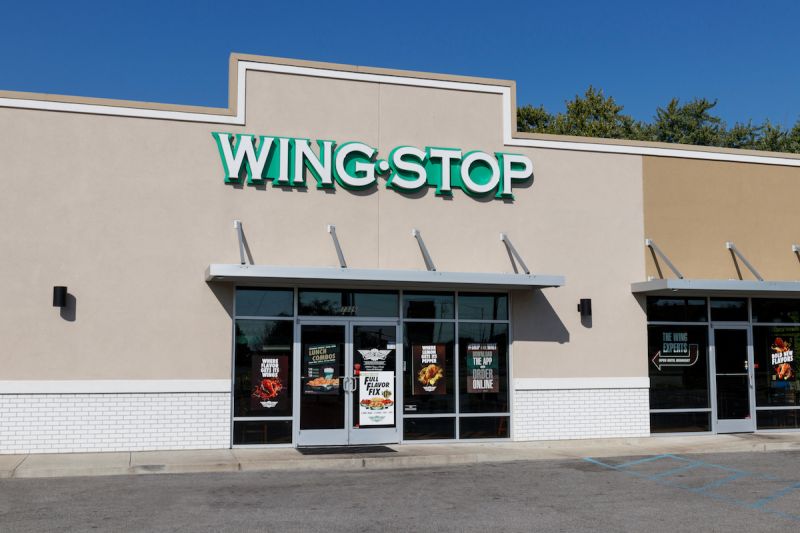 The stock in Wingstop Inc. (Nasdaq: WING) hit a new all-time high of $156.40 per share after reporting strong earnings for the fiscal second quarter.

The classic and boneless wing giant said in a statement today that net income in the 13 weeks ended June 27 more than doubled to $11.54 million, or 39 cents per share versus $4.92 million, or earnings of 17 cents in the same period in the previous year.

Revenue soared 36% year-over-year to $66.11 million, beating analysts polled by Factset calling for revenue of $62.5 million on earnings of 30 cents a share.

A bad year for restaurants, Wingstop's focus on digital ordering has helped the company navigate the rough road through the pandemic. Before the outbreak, Wingstop generated 40% of revenues from digital sales. That figure jumped up to 47% by the end of the first quarter and to around 65% in April, assisted in large part by a temporarily free-delivery promotion by the food and delivery app Door Dash.

One of the company's goals is to eventually digitalize all transactions.

"We benefited from a steadfast focus on expanding our digital business and leveraging delivery to make it seamless for fans to access … wings, fries and sides," Charlie Morrison, the chief executive of Wingstop, said in a statement today.

He added that Wingstop, "continues to distinguish itself as the lone restaurant company (arguably brick-and-mortar retail company) that can deliver double-digit % unit growth and mid-single-digit SSS growth over the next 3+ years."

Wingstop opened 23 new restaurants during the quarter and anticipates opening between 120 and 130 locations for the full year. Even at this price, investors would be wise not to stop watching Wingstop.

YOU MAY LIKE
Prev：Sunshine Stock Picks of the Week Next：Hudson Capital Plunges 11% on $1.6 Million Registered Direct Offering