China and the United States are now down to five consulates each. 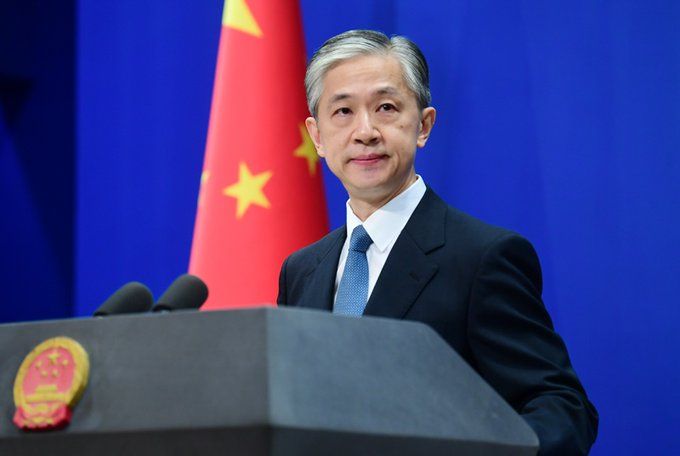 Following the forced closure of its Houston consulate, the Chinese Foreign Ministry has released a series of "true-false" rebuttals to the spying claims of the Trump administration.

The cold war between the world's two biggest economies has intensified last week after the U.S. charged two Chinese nationals with hacking and stealing trade secrets and requested China's Texas mission be cleared out. Beijing had responded by adamantly denying the allegations and vowing to retaliate, accusing Washington of blaming and attacking China, as well as detaining and interrogating Chinese students in the United States. It also closed the U.S. consulate in Chengdu on Monday.

Today, the Chinese ministry commented at length on the move in a series of infographics, putting side-by-side Washington's accusations and its contradictions. The ministry also said the U.S. has "grossly violated international law, the basic norms of international relations, and relevant provisions of the China-US Consular Convention, and gravely damaged China-US relations." 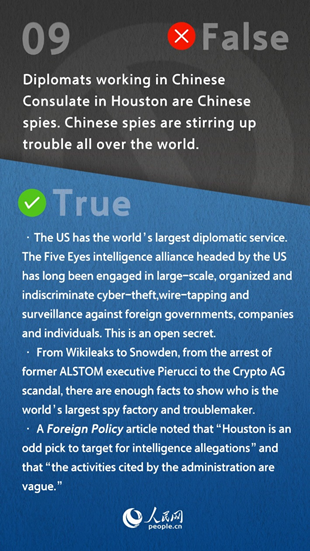 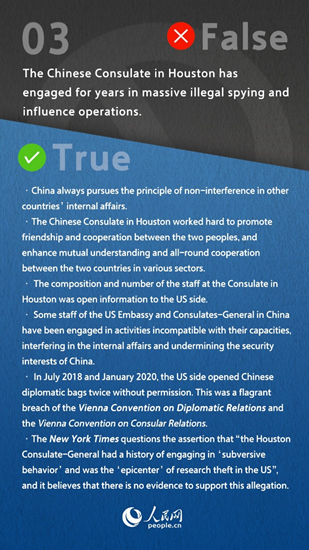 As to Washington's allegations that China is trying to hack the computers of American companies developing the Covid-19 vaccine, the ministry replied that China has no need to do so since it has its own vaccine in development.

"The real aim [of Washington's claims] was to deflect people's attention from the US administration's poor handling of COVID-19," it stated.

There are five remaining U.S. missions in China and the same number of Chinese consulates in the United States.

The firm alleges intrusions by Chinese state-backed hackers into the Vatican and the Catholic Diocese of Hong Kong ahead of the September talks of renewal of the 2018 China-Vatican deal.

"The suspected intrusion into the Vatican would offer RedDelta insight into the negotiating position of the Holy See ahead of the deal's September 2020 renewal," Recorded Future wrote.

At a press conference today, Wang said, "China is a staunch defender of cybersecurity and always firmly opposes and combats cyber thefts and hacking. Given the virtual nature of cyberspace and the existence of all kinds of actors who are difficult to trace, there must be sufficient evidence when investigating and identifying cyber-related incidents. Groundless speculation should not be allowed."