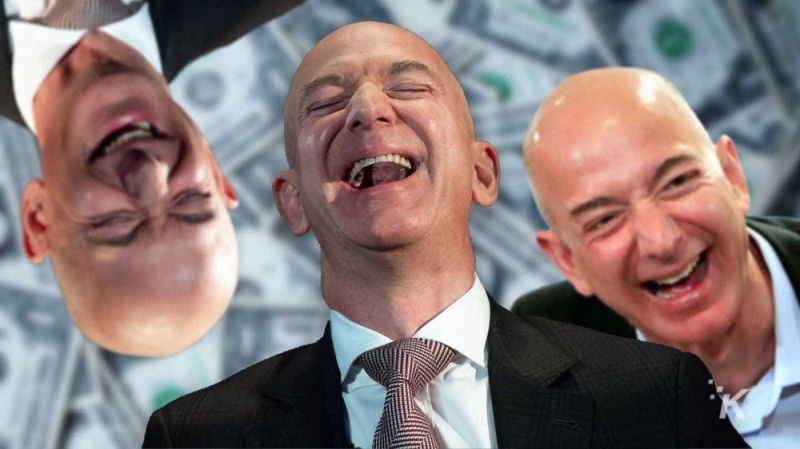 To start with the biggest gainer, Facebook Inc. shares were soaring 8% before noon, at $252.64 apiece, on higher-than-average trading volume of 26.6 million. Even the pandemic – or perhaps thanks to it – and constant legal troubles couldn't stop this social media giant (read "social promo giant") from growing.

Facebook reported 11% year-over-year revenue growth to $18.7 billion and doubled earnings of $5.2 billion, or $1.80 per share. Its DAU number increased to 1.79 billion, up 12% from June 2019. The results were better than forecast by analysts, as is Facebook's expected growth in the third quarter. So far, FB stock is trading 22% above its early January level and is up $100 from mid-March lows.

Amazon.com Inc. shares spiked 6% in the morning to $3,242.56 apiece. Powered by stay-at-home consumption, America's biggest e-commerce platform posted striking sales results and beat analysts' forecasts in both revenue and earnings. In the second quarter, Amazon said, its revenues grew 40% to $88.9 billion, while net income doubled year-over-year to $5.2 billion, or $10.30 per share.

The results drove at least 27 Wall Street analysts to rethink their price targets of the giant, as reported by MarketWatch. The most bullish of those was $4,075 per share, issued by JMP Securities' Ronald Josey. The average target is now $3,464.25 per share. Compare that, and today's level, to the early January value of near $1,900 per share.

"In uncertain times, this performance is a testament to the important role our products play in our customers' lives and to Apple's relentless innovation," Apple's CEO Tim Cook said in the statement.

Apple is planning a 4-for-1 share split at the end of August that will keep its per-share price lower. As of Friday, AAPL stock was trading $100 above its early January level and at stark recovery from March low of $239 per share.

And while Zoom Video Communications Inc. was riding the high wave, up about 2% early, at $254.48 per share, its rival Alphabet Inc., operator of Google, was in red territory. GOOGL stock was trading down 4%, at $1,470.96 per share, after the company said ads revenue on Google dropped in the second quarter – for the first time.

Still, Alphabet is up year-to-date from its early January level of $1,368 per share. Its revenues in the three months through June reached $38.3 billion on earnings of $7 billion, or $10.13 per share. Earlier this week, Alphabet kickstarted a share buyback plan of up to $28 billion.

Zoom has yet to report its second-quarter results.